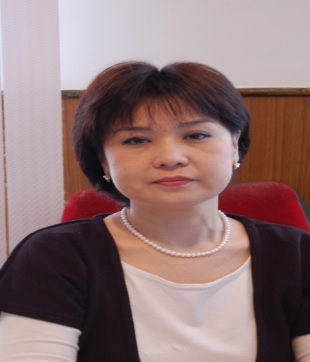 Head of the Department of General Practice / Family Medicine of the Faculty of Postgraduate Education, Candidate of Medical Sciences, dotsent 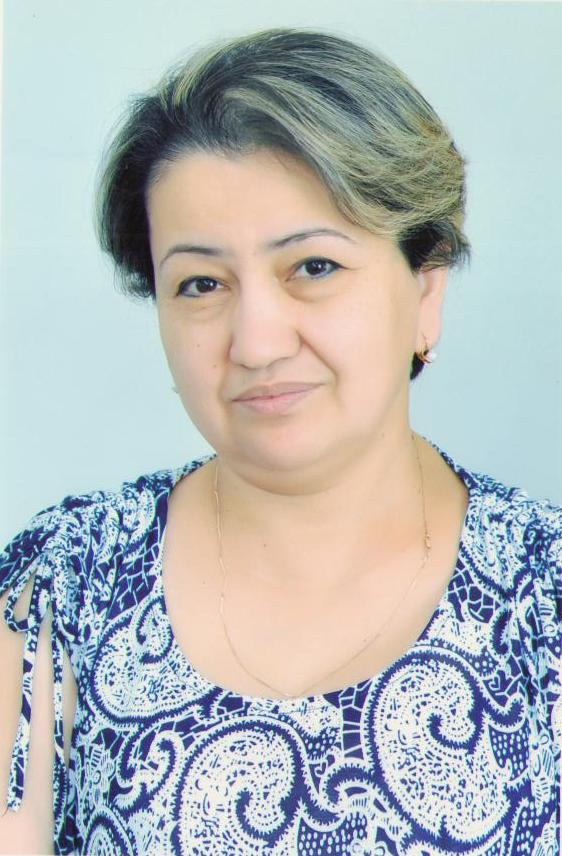 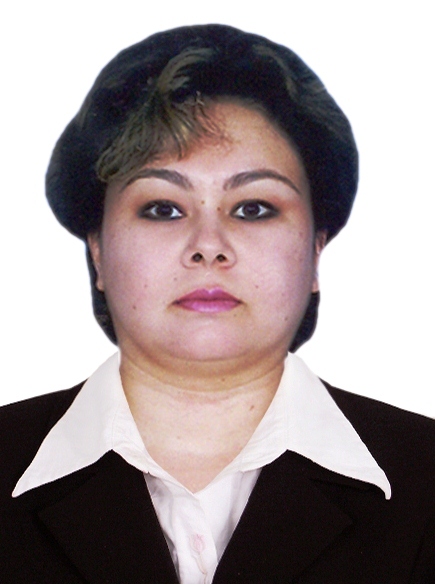 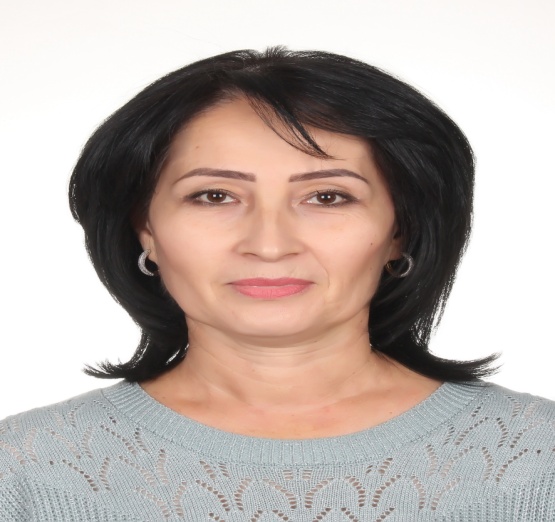 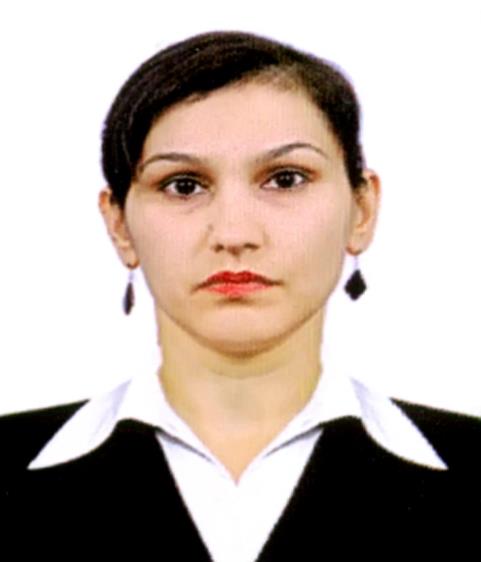 The history of the Department of General Practice / Family Medicine at the Faculty of Postgraduate Education of the Samarkand State Medical University (SamSMU) dates back to the formation of the Training Center for the training of general practitioners (TC for the preparation of GPs) on the basis of the Samarkand State Medical University Clinic located at the address: Samarkand, Ankabay str., 6.

The training center for the training of general practitioners at the Samarkand Medical Institute was organized and equipped at the expense of the Health-1 project in 1999 on the basis of the SamSMU Clinic in accordance with the order of the Cabinet of Ministers of the Republic of Uzbekistan 167-f dated 04.22.98, by the decision of the Board of the Ministry of Health No. 5/13 of and the minutes of the meeting of the Republican Commission for Coordination of the "Health-1" project of . Bazarov Nemat Ergashevich was appointed the Head of the Training Center. The training was conducted by Candidate of Medical Sciences, Assistant Khusinova Shoira Akbarovna and Assistant Ablakulova Munisa Khamrakulovna, who were among the first 15 teachers in the Republic of Uzbekistan trained by foreign consultants of the Know-How project and an internship at the University of London, Great Britain. From the beginning of 2000 to 2010, the Director of the Training Center was Candidate of Medical Sciences, dotsent Sh.A. Khusinova. In terms of its functional structure, the center was a training base for the training and continuing education of doctors from rural medical stations (SVPs) and city centers, graduate students, as well as financial managers and nurses with higher education. In addition, on the basis of the center, there was a branch of the city polyclinic No. 3 with 3 medical rooms for receiving patients, where 5 thousand fixed mixed population were served. In 2004, on the initiative and with the financial support of the "Health-2" Project, the Training Center for the preparation of general practitioners No. 2 was opened, the head of which from 2004-2010. was Assistant Khuzhamurodov Kuvondik Khusanovich. The training center No. 2 was located on the basis of the city polyclinic No. 3 with a mixed 35 thousand population at Giyosiddin Zhamshed St., 21. Two centers were an example of the city family polyclinic and, together with the team of the polyclinic, introduced the principles and methodology of general medical practice in primary health care. All district doctors of the polyclinic, on the basis of which the centers functioned, underwent retraining in general medical practice according to a 10-month program.

In 2010, according to the Order of SamSMU No. 613 of August 21, 2010, Training centers No. 1 and No. 2 were transformed into the "Department of retraining and advanced training of general practitioners" at the faculty of advanced doctors and the acting head of the department was appointed Ph. Sci., Associate Professor Khusinova Shoira Akbarovna. From September 2010 to February 1, 2016, the department was headed by senior lecturer Rakhimova Khidoyat Mamarasulovna. From February 1, 2016 to the present, the department is headed by Associate Professor Shoira Akbarovna Khusinova. Starting from 2016, the department was renamed to "General Practice / Family Medicine" at the Faculty of Postgraduate Education.

ABOUT SPIRITUAL AND EDUCATIONAL WORK OF THE DEPARTMENT

The person responsible for spiritual and educational work at the Department of General Practice/Family Medicine of the Faculty of Post-Diploma education of Samarkand State Medical University – assistant teacher Sulaymanova Nilufar Ergashevna.

At the beginning of each academic year, work is carried out according to the plan of spiritual and educational work of the Ministry, compiled at the department and approved at the meeting of the Department.

Full implementation of the tasks assigned in the decrees, resolutions, decisions, orders and modems of the president of the Republic of Uzbekistan on the spiritual and educational sphere; extensive explanatory work is being carried out between professors and physician listeners on the “rules of conduct of Higher Educational Institutions” recommended by the Ministry of higher and secondary special education;

A corner of spirituality and enlightenment, a collection of fasts were organized at the Department. On every Thursday , classes at the Department begin with a lesson of spirituality and enlightenment, and at the department it is ensured that “information hours”are held at a high level on a schedule. Every half year, under the leadership of the head of the Department, professors and doctors organize “open dialogues” with the audience, in these dialogues, the doctor expresses the difficulties, problems and difficulties that arise in the audience. In order to promote national values and traditions, rich heritage of our ancestors, employees of the department, together with doctors and pacifiers , organized visits to the theater, museums and ancient shrines of our republic, these visits will be organized not only in Samarkand, but also in the ancient city of Khiva, the city of Termez, and will be closely acquainted with the creative work.

The Department of General Practice/Family Medicine of the Faculty of Postgraduate Education trains trainee doctors in urban and rural primary care family polyclinics in Samarkand, Kashkadarya, Surkhandarya and Navai regions.

Training at the department is conducted on the basis of the following approved normative documents:

- State standard of the Republic of Uzbekistan "State requirements for the management and organization of the system of professional development and retraining of health workers".

- Order № 160 from 20.06.2020 of the Ministry of Health of the Republic of Uzbekistan "On improvement of normative documents of the system of continuous professional development of medical and pharmaceutical staff".

- Amendments based on Order № 80 of the Ministry of Health of the Republic of Uzbekistan;

The following training cycles are held at the Department:

- Professional re-training (for resumption of work, doctors with 3 or more years of continuous service) - 504 credits (3.5 months)

The Department has three classrooms, a conference room, a practical skills laboratory, a family doctor's office, a library and an information and resource center for training doctors. Within the framework of academic mobility, the staff of the Department held classes at leading universities in Spain, Turkey and the Russian Federation.

The staff of the department has published 5 monographs, 2 textbooks, more than 10 manuals for the last 5 years.

RESEARCH WORK OF THE DEPARTMENT

The scientific focus of the department: "Implementation of clinical protocols of the World Health Organization (WHO) on non-communicable diseases in primary health care institutions."

All employees of the department are engaged in research work. Employees of the department Khakimova L.R. - dissertation topic: The role of the genetic factor in the occurrence of urolithiasis in children”;

Employees of the department actively participate in republican and international scientific and practical conferences, as well as seminars and webinars.

Over the past 5 years, the staff of the department has published more than 200 scientific papers, including 2 textbooks, 6 monographs, 7 electronic programs, published more than 100 articles and abstracts in Scopus journals, international and republican journals recognized by the prestigious HAC.

Within the framework of academic mobility, the head of the Department of General Practice/Family Medicine is Associate Professor, PhD Sh.A.Khusinova participated in conducting training sessions at Istanbul Medeniyet University (Turkey), one of the 1000 prestigious universities in the world and Spanish, Avstria, Rossiya. Fss. Solieva S.S. studied under the academic exchange program within the framework of the Agreement on International Cooperation between the Samarkand State Medical University and the Research Institute of the Moscow Region of the Russian Federation. Training sessions are organized with foreign partner universities. Foreign specialists are involved in the training process: Anwar Ali Khan is a professor at the Royal College of Family Physicians (Great Britain), Alexeeva Khan Alesya is a doctor at the London Churchill Medical Center (Great Britain), professor. Sushinsky V.E. (Republic of Belarus). Professor of the Royal College of General Practitioners of Great Britain (RCGP) Anwar Ali Khan, Medical Director for International Accreditation, held a seminar and master classes for professors and young university teachers on the topic "Principles of constructing Test tasks and OSCE". Teachers of the department take an active part in international symposiums and conferences. Together with the World Health Organization, international scientific and educational projects on the prevention of noncommunicable diseases and vaccination were carried out in the Fergana and Kashkadarya regions.