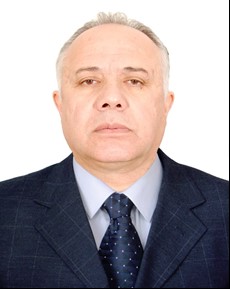 Head of the Department, Docent, Doctor of Medical Sciences 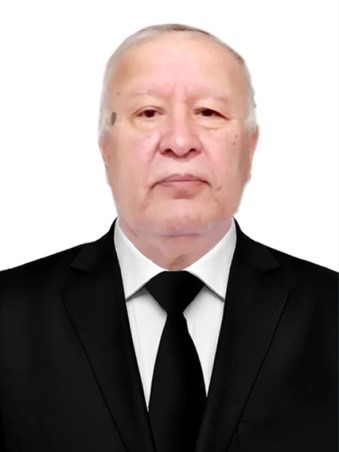 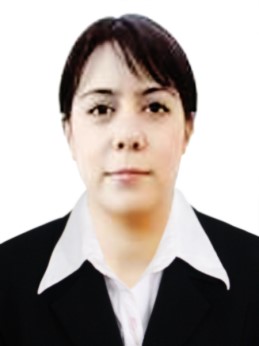 
In October 1980, a course of advanced training of doctors was organized at the Summit, which was headed by G.Sh.Salikhbayeva. On February 17, 1981, Order No. 15 was issued on the establishment of an independent Department of Pediatrics.The Department of Pediatrics began its activity on the basis of the decision of the Academic Council of SamMI from 1982 "On the organization of the department". The founder of the department was associate professor Salikhbaeva G.Sh.. From the first days of education, assocs worked at the department. Tarasenko N.M., S.R.Khursandova, assoc. Salokhitdinova H.S., ass. Mammadova D.S. In the future, the senior acc began to work at the department. Chalyan V.O., art.ass. Mavlyanova V.D., assoc. Khatamov F.D., art. ass. Irbutaeva L.T., assoc. Akhmedova M.M., Candidate of Medical Sciences Rasulova N.A.. From October 1980 to 1981, the department was located on the basis of children's departments of railway and regional hospitals. From September 1981 to the present day, the department has been located on the basis of the first children's city hospital. Gulshirin Shakirbaevna Salikhbaeva was born in 1928 in Kazakhstan. After graduating from Summit in 1952, she entered a clinical residency. In 1963 she defended her PhD thesis, received the title of associate professor in 1965. In 1965-1968 – Head of the course of children's infectious diseases at the Leningrad Research Institute of Pediatrics. In 1968-1980 she was the head of the Department of Hospital Pediatrics of SamMI. And in 1980-1990 she was the head of the Department of Pediatrics of the FUV. Salikhbaeva G.Sh. author of more than 50 scientific papers. She was a supervisor and consultant of PhD theses (Tarasenko N.M., Gurari N.I., etc.). She was awarded the title of "Honored Doctor of Uzbekistan".

In 1990-1994, the department was headed by Assoc. Salakhitdinova H.S. Associate Professor of the Department of Pediatrics of the FUV Khursand Salokhiddinovna was born in the Samarkand region in 1933. After graduating in 1957, Sami began working with honors as a resident of the children's department of the SamMI clinic. In 1962 she entered graduate school and in 1968 successfully defended her PhD thesis on the topic "Morphological composition of peripheral blood and bone marrow hematopoiesis in rheumatism in children". From March 1990 to June 1994, she was the head of the Department of Pediatrics of the FUV. Author of more than 70 scientific papers. 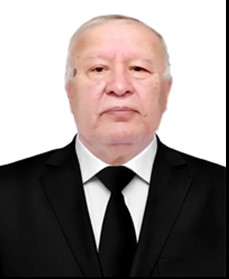 In 1994-1997, the department was headed by Assoc. Rasulov A.S. Rasulov Alisher Sabirovich was born in 1948 in the Tashkent region. After graduating from SamMI in 1973 with honors, he entered the clinical residency at the Department of Pediatrics of the Medical Faculty of the Institute. In 1975-1990, he was an assistant at the Department of Hospital Pediatrics of SamMI, and since 1990, an associate professor of this department. In 1984 he defended his PhD thesis on the topic "Clinical significance of ASL and CEC in glomerulonephritis in children". From 1994 to 1997, he was head of the Department of Pediatrics of the FUV, where he currently works as an associate professor.

Assoc. Rasulov A.S. in September 2003 participated in the 6th International Congress in Ankara with a report.Author of more than 70 scientific papers.

Since 1997, the department has been headed by the Doctor of Medical Sciences, Associate Professor Sharipov R.H. Sharipov Rustam Khaitovich was born in 1960 in the Samarkand region. In 1984, after graduating from SamMI, he entered the clinical residency at the Department of Faculty Pediatrics with honors. In 1986, he entered a targeted postgraduate course at the Research Institute of Pediatrics in Moscow and defended his PhD thesis in 1989. After graduating from graduate school, he was hired there as a junior researcher, and since 1993 – a senior researcher and in 1994 successfully defended his doctoral dissertation.

From 1994 to 1995, he was an assistant at the Department of Faculty Pediatrics of SamMI, from December 1995 to 1997 – assistant at the Department of Pediatrics No. 2. From August 1997 to the present, Rustam Khaitovich has been the head of the Department of Pediatrics of the FPDO. In 2006, he received the title of associate professor. He has published more than 290 scientific papers, including textbooks, methodological recommendations, monographs.Under his leadership, 1 candidate's thesis and 11 master's theses were defended. He is a member of the Institute and faculty academic councils and the specialized Council. Sharipov R.H. actively participates in the work of the scientific council, has repeatedly been an official opponent and reviewed dissertations submitted for the degree of Doctor of Philosophy (PhD) in pediatrics. Being a member of the scientific problem commission on pediatrics, he reviews the topics of dissertations, and also actively participates in their discussion. Sharipov R.H. participates with reports at conferences, pediatric congresses. He has repeatedly participated in the international session of the National School of Gastroenterology and Hepatology of the RGA in Moscow, the international congresses of hepatologists and gastroenterologists in Berlin, the Congress of Pediatricians and Family doctors of Poland.

SPIRITUAL AND EDUCATIONAL WORK OF THE DEPARTMENT

Caring for the younger generation, striving to raise a healthy, harmonious personality is one of the features of the national character of the Uzbek people. Therefore, spiritual and educational work is the most important activity of the Department of Pediatrics of the DCTF. Spiritual and educational work at the department is carried out according to a constantly approved plan. This work is coordinated and organized by Associate Professor M. M. Akhmedova.

The teaching staff of the department conducts work among students:

The Department of Pediatrics of the DCTF conducts regular work with the cadets of "spirituality - enlightenment" during the academic year, every Thursday a training hour is held with them, conversations dedicated to important dates.

Also, excursions to historical places of the city are organized with the cadets, meetings and conversations are held in the hostel.

Employees of the department give lectures, conduct conversations with residents of the districts of the region on various medical topics, etc.

EDUCATIONAL AND EDUCATIONAL-METHODOLOGICAL WORK OF THE DEPARTMENT

The department trains students of the faculty of postgraduate education on the scientific program "Pediatrics".

Teaching is conducted in accordance with the following approved documents at the faculty:

State standard; - Order of the Minister of Higher and Secondary Specialized Education of the Republic of Uzbekistan dated October 19, 2021 No. 35-2021

Changes based on the Order of the CER of the Republic of Uzbekistan No. 225;

During training, the following technical means are available:

A telecommunications system has been established, video films, presentations, multimedia programs, lectures and practical classes are shown using TVs connected to a central computer. There is a single bank of scanned images intended for unified training based on the curriculum and corresponding to all sections of the curriculum.

• The library has more than 60 titles of educational literature in English, Uzbek and Russian.

Research work of the department

The research work of the department is carried out to educate the younger generation in the spirit of commitment to the ideas of independence, the formation of the legal culture of youth, philosophical problems of modern medical science, various aspects of the history of the statehood of Uzbekistan.

Over the past 5 years, the staff of the department has published more than 175 scientific papers, including 3 textbooks, 5 monographs, 7 electronic programs, 3 manuals, 6 guidelines, more than 100 articles in leading republican and international journals.

Textbooks published by the staff of the department

The development of international activities in the field of education is a prerequisite for the creation of an effective quality assurance system that contributes to the achievement of an international standard in the professional development of pediatricians and general practitioners. International cooperation in the field of higher education, science and culture is carried out within the framework of international agreements concluded by universities with foreign and educational institutions and organizations. In this regard, all conditions have been created at Samarkand State Medical University for active cooperation of employees of the Department of Pediatrics and General Practice of the Faculty of Postgraduate Education of SamMU and pediatric departments not only of the neighboring countries, but also of the far abroad. We conduct joint scientific work, organize webinars, and actively participate in international conferences. As part of the academic mobility program, Professor of the Department of Hospital Pediatrics of the Bashkir State Medical University of the Ministry of Health of the Russian Federation, MD. Akhmadeeva Elsa Nabiakhmetovna conducted a 36-hour cycle of classes. In turn, the associate professor of the Department of Pediatrics of the FPDO SamMU A.S. Rasulov conducted a 36-hour thematic cycle on pediatrics at the Tajik State Medical University at the Department of Pediatrics. Webinars on topical issues of pediatrics have been held repeatedly with the staff of this university. The staff of the department participates with reports at conferences, pediatric congresses. Assoc. Rasulov A.S. in September 2003 participated with a report at the 6th International Congress in Ankara. Head of the department Sharipov R.H. He has repeatedly participated in the international session of the National School of Gastroenterology and Hepatology of the RGA in Moscow, the International Congress of Hepatologists and Gastroenterologists in Berlin, made a presentation at the Congress of Pediatricians and Family Doctors of Poland. International cooperation is a historically conditioned and socially necessary means of interaction between countries and nations to jointly achieve mutually beneficial results. The search for the most progressive, optimal and relevant encourages teachers of the department to establish business contacts and profitably use the opportunities provided. 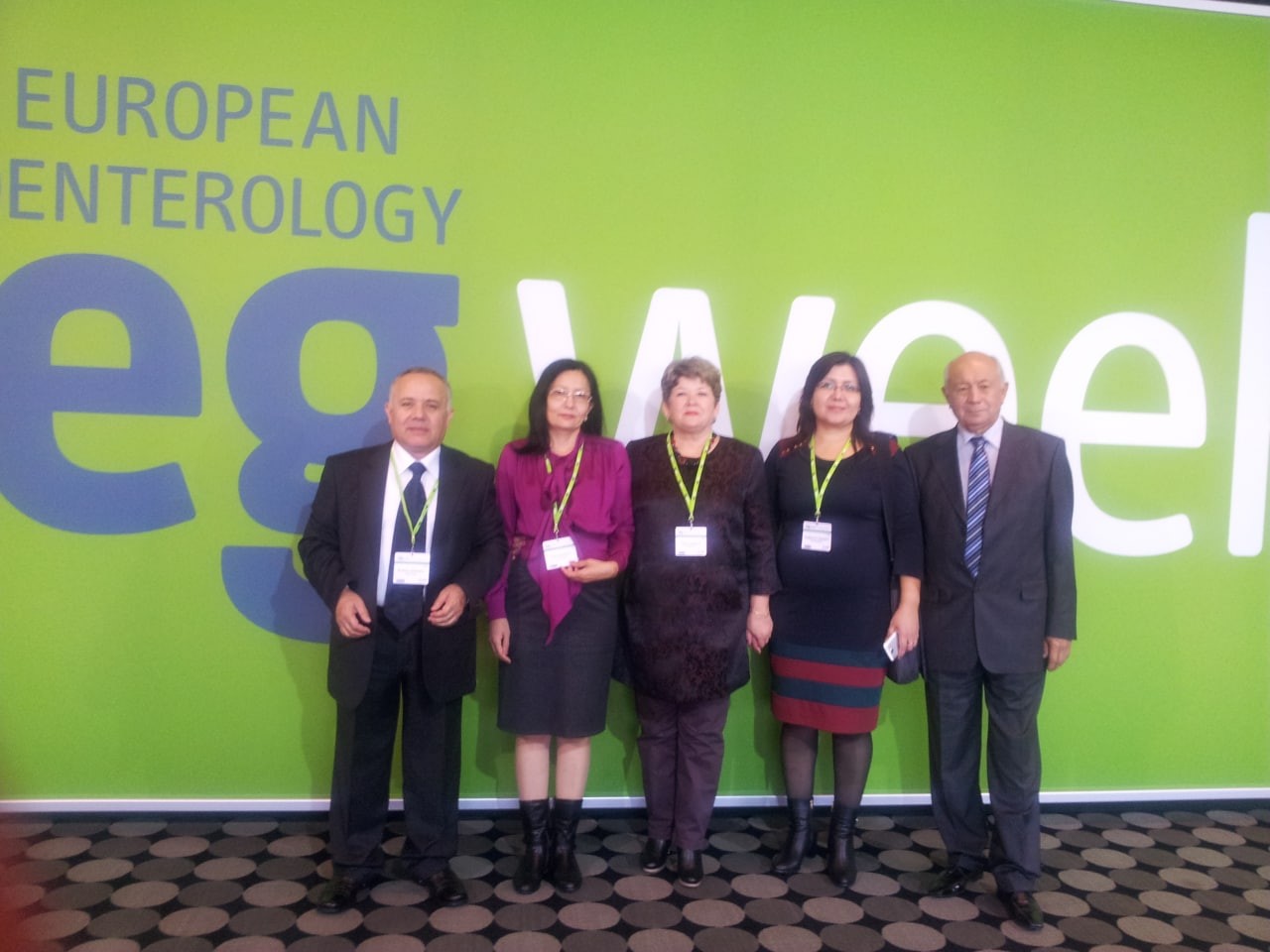