The scientific and research work of the department is carried out on education of the young generation in the spirit of independence, formation of legal culture of young people, philosophical problems of modern medical science, various aspects of the history of the statehood of Uzbekistan.

All employees of the department actively participate in the scientific research work of the department and the institute. Samarkand State Medical University, Department of Hematology has 5 main positions and 5 deputy employees. Among them, 1 docent, PhD, 1 senior teacher is a doctor of philosophy (PhD), the rest are assistants.

He began his scientific work in 1990 in Moscow, Russia, and in 1991 he completed his candidate's thesis "On the topic of improving platelet concentration transfusion in patients with amegakaryocytic thrombocytopenia" at the All-Union Hematology Center under the supervision of Professor Vorobyov A.I.-14.00.29. In the course of scientific work, he published 2 articles and 2 methodological manuals in 4 republics and 2 foreign countries on the topic of the dissertation. Currently, he received the title of associate professor in 2006 and is currently working as an associate professor at the Department of Hematology, Samarkand State Medical University.

Until now, he has written about 100 articles, about 30 theses, 1 monograph, 12 methodological manuals, 4 rationalization proposals, and about 20 acts. Currently, they are working on monographs and textbooks on new topics. He is working on his new scientific articles without getting tired of teaching clinical ordinators. 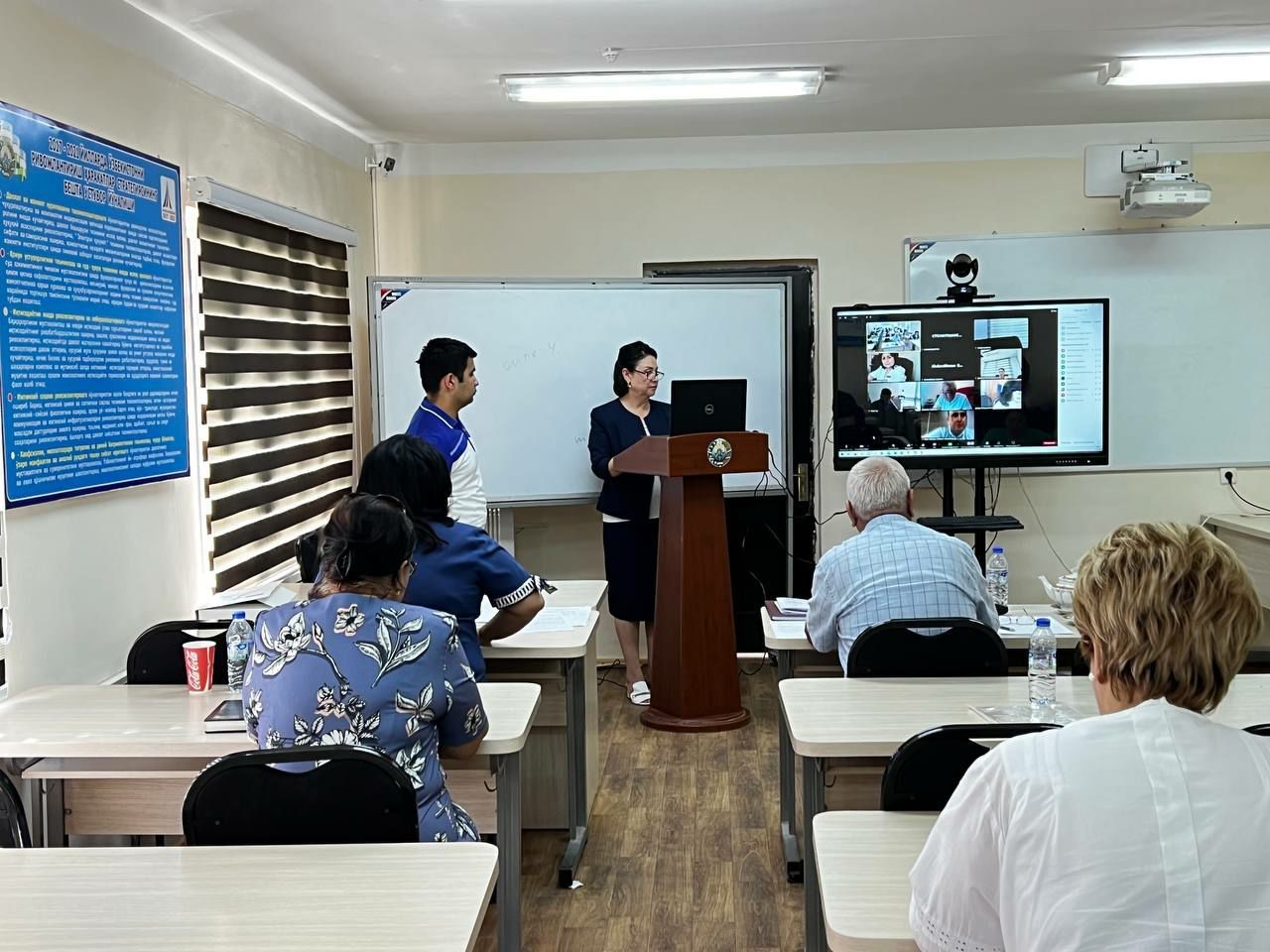 She started his scientific work in 2017 in the city of Tashkent, Republic of Uzbekistan, and in 2022 he was awarded the title of doctor of philosophy in the field of clinical functional characteristics of the muscular system in hemophilia A and B patients and ways of its correction under the supervision of Dr. Makhmudova A. Dj. .29. In the process of conducting scientific work, he published 2 foreign articles and 1 methodical guide in 12 republics. In 2009, he received the title of senior teacher and now,

She is working as a senior lecturer at the Department of Hematology, Samarkand State Medical University.

Until now, about 40 articles, about 50 theses, 2 textbooks, 14 methodical manuals, and about 22 acts have been submitted. Currently, he is working on monographs on new topics, textbooks, and on his new scientific articles. He is preparing a monograph on the clinical functional characteristics of the muscular system in hemophilia A and B patients. 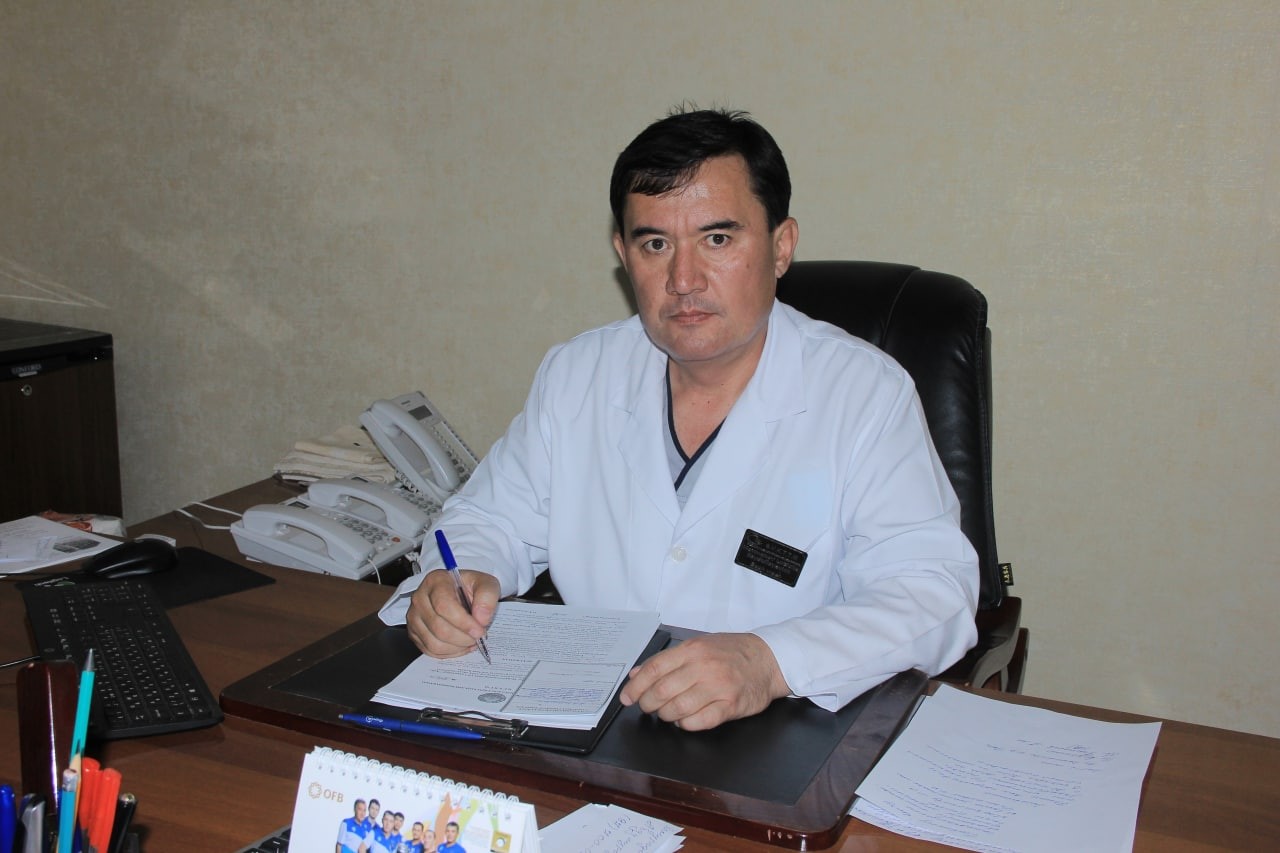 Makhmonov Lutfulla Saidullaevich was born in 1974. Since 2021, he is the head of the department of hematology at Samarkand State Medical University.

His scientific work was announced in the bulletin of the Higher Attestation Commission under the Cabinet of Ministers of the Republic of Uzbekistan in issue 2021\3, starting from 2021. Starting from 2021, with fonts 14.00.05 and 14.00.33 under the supervision of professor Gadaev A.G. and Rizaev J.A. is taking In the process of conducting scientific work, he published 10 articles and 1 methodical manuals in 10 foreign and 10 republics on the topic of the dissertation.

Other employees of the Department of Hematology, Mamatkulova f.Kh., Amerova D.A., are conducting scientific work on the topic "Changes in the hemostasis system in newborns, causes of vitamin K deficiency and ways to correct it." Deputy assistants Yigitov A.U.: Acute leukemias., Shomuradov Q.E.: Bone marrow transplantation., Somirzaev H.M.: Transfusiology., Ruziboeva O.N. and Temirov N.N. About 60-70% of the employees of our department are engaged in scientific work. As of 2022, all employees were 100% involved in the publication of scientific articles and methodical manuals. They submitted 15 articles abroad, 10 articles in the Republic, 1 monograph, 1 study guide, 4 methodical guides, 2 rationalization proposals, and 6 close to foreign documents. All employees of our department continue their scientific work without stopping.