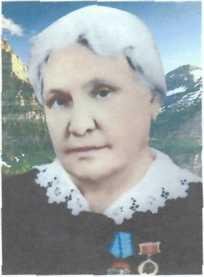 The course of Dentistry in 1953 was founded by associate professor L.M. Obukhov SamDTI was founded. Lidiya Maksimovna Obukhova was born on May 5, 1898 in the village of Nikolsky in the Tashkent district in a peasant family.

In 1920, L.M. Obukhova became a student of the Central Asian State University, successfully graduated from the medical faculty in 1927. Since then, her medical work has been carried out by Professor P.P. She started as a resident of the surgical faculty, headed by Professor P. P. Sitkovsky. He discovered Lydia Maksimovna's talent for plastic surgery. Sitkovsky saw and persuaded her to seriously engage in maxillofacial surgery and dentistry.

During the Second World War, L.M. Obukhova worked first as the head of department No. 3668/69 in the evacuation hospital, then as a leading maxillofacial surgeon and consultant.

In 1946, L.M. Obukhova returned to teaching at the clinic of surgical Dentistry of the Tashkent State Medical Institute, where she completed and defended her PhD thesis on the topic: "The use of cadaveric tissues in reconstructive surgery of maxillofacial injuries."

After defending her dissertation in 1953, L.M. Obukhova was sent by the Ministry of Health of Uzbekistan to the Samarkand State Medical Institute as an associate professor to organize the teaching of dental courses and the establishment of dental care and worked for 25 years.

L.M. Obukhova defended 2 PhD dissertations under the guidance of Obukhova. L.M. Obukhova was the organizer of the City Scientific Society of Dentists in Samarkand, which she led for 15 years.

After graduating from the Samarkand Medical Institute in 1952, M.M. Musinov worked as a clinical resident at the Institute. And then as an assistant at Sammy's Surgical hospital.

In the field of dentistry M.M. Musinov in 1954, the first associate professor L.M. As the head of the Department of Surgical Dentistry under the guidance of Obukhova, along with work at the department worked as an assistant in the polyclinic of hospital surgery, and since 1964 as an assistant of the dental course of SamMI. In 1961, M.M. Musinov entered the graduate school of the LIUV, where he was a corresponding member of the AMN, Professor A.A. Limberg was a scientific supervisor. On April 13, 1965, M.M.

Musinov successfully defended his PhD thesis on the topic "Age-related indicators of lip and palate plasty in the general plan of the dispensary service". 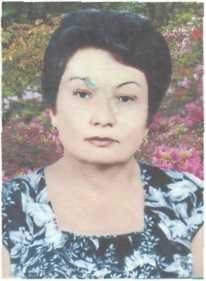 In 1982, A.G. Vorobyevskaya was appointed head of the dental course of SamDMI. A.G. Varobyevskaya was born on February 16, 1940 in the city of Tashkent in a working-class family. After graduating from high school in 1957, she entered the dental faculty of the Tashkent State Medical Institute, from which she successfully graduated in 1962. In 1962 – 1963, she completed an internship in the field of surgical dentistry and maxillofacial surgery at the City Clinical Hospital No. 1 in Samarkand.

In 1972, she entered graduate school and successfully defended her PhD thesis in 1974.

Since 1992, Kubaev S.E. Kubaev S.E. was appointed head of the dental course of the Samarkand State Medical Institute 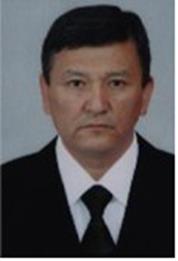 In 2011, in connection with the opening of the dental faculty of SamMI, the Department of Dentistry was established under the leadership of S.E. Kubaev

D.D. Ibragimov was appointed Head of the Department of Dentistry of SamMI in 2014. D.D. Ibragimov was born in 1972 in Kushrabatsky district of Samarkand region. In 1994 he graduated from the dental faculty of the Tashkent State Medical Institute. 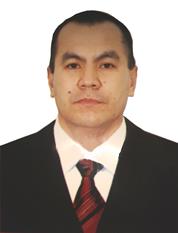 In 2015, by decree of the President of the Republic of Uzbekistan, the Tashkent State Dental Institute with the Samarkand regional branch was opened in Tashkent. The Department of Surgical Dentistry was established on the basis of the branch, D.D. Ibragimov was appointed head of the department

In 2017, the Samarkand regional branch was again accepted as the dental faculty of SamMI. In the same year, the Department of Maxillofacial surgery was established with a course of pediatric maxillofacial surgery, the head of which was appointed U.B. Gaffarov.

U.B. Gaffarov was born in 1969 in Khatyrchinsky district of Navoi region. In 1997 he graduated from the Pediatric Faculty of the Samarkand State Medical Institute. 1997 – 1999 – became a Clinical resident of the Department of Pediatric Surgery No. 2 of the Samarkand State Medical Institute . In 2007 he defended his PhD thesis. The department is located in the department of maxillofacial surgery on the basis of the Samarkand City Medical Association. Its activities are aimed at training modern specialists who meet international standards. The department trains general practice dentists, including residents, masters and doctoral students. Postgraduate training of specialists is carried out.