Department of pharmacognosis and pharmaceutical technologies

Members of the student scientific society actively participate and take prizes in international Olympiads organized by the Ministry of Higher and Secondary Education of the Republic of Uzbekistan and the Commonwealth states.

In accordance with the Law of the Republic of Uzbekistan “On Education” and the National Training Program in order to deepen the process of integration of types of education, to ensure continuity and continuity between them, members of the student scientific society of our department together with the teachers of the department conducted “master classes” in a number of educational institutions.

Students take part in national and international scientific and practical conferences with the results of research works on topical problems of the pharmaceutical industry. In particular, members of the student scientific society under the guidance of teachers of the department presented the results of their scientific works in the form of scientific articles and scientific reports at the 76th scientific conference of talented students and masters of SamSMU. 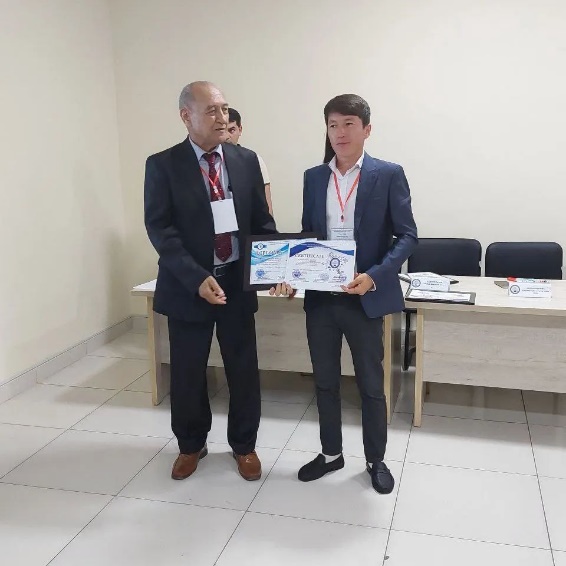 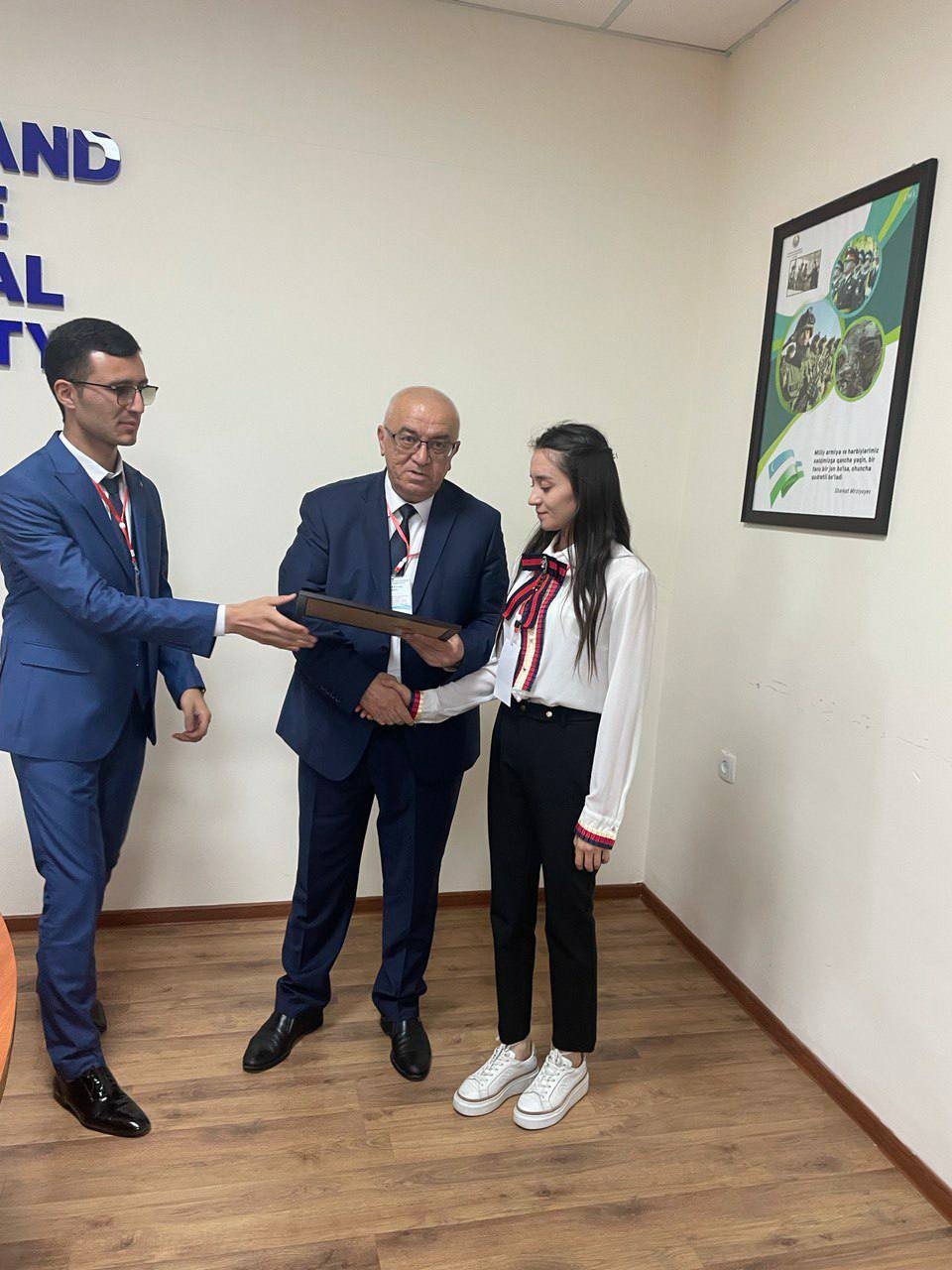 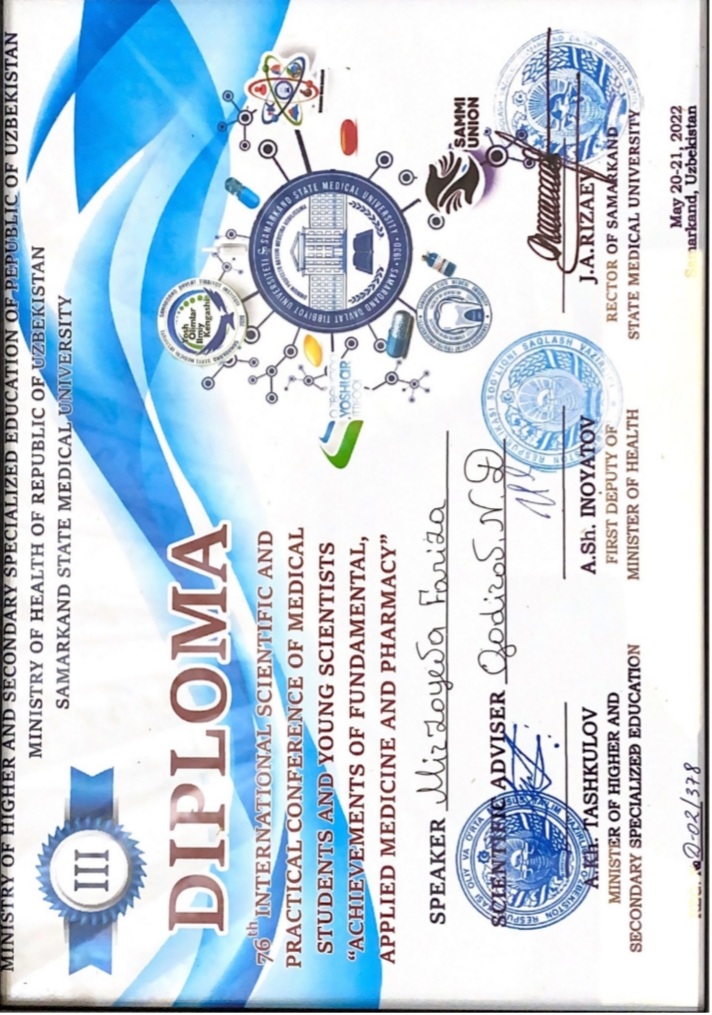 The Student Scientific Society encourages all students interested in scientific and practical problems of pharmaceutical activity to cooperate, encouraging the achievements of the members of the circle.

Department of pharmacognosis and pharmaceutical technologies