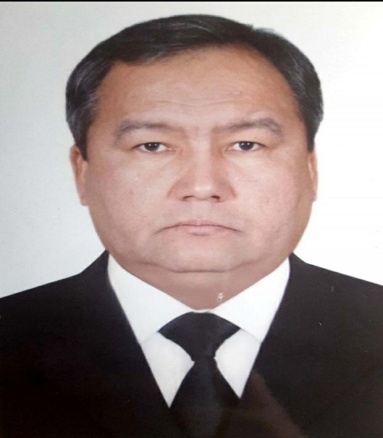 Under his leadership, many lectures on pharmacology were published in Uzbek (Cyrillic and Latin) and Russian languages. He is the author of 4 textbook, more than 20 educational and methodological recommendations, as well as several articles in prestigious foreign journals. Under his supervision, work is carried out on 3 Ph.D. theses. Author of the program for computers. With his reports he participated in a number of conferences. Work is underway to maintain and increase the technical base of the course.

S.J. Yuldashev conducts spiritual and educational work among students, enjoys respect and authority. He was the leader of the primary organization of the Institute of youth movement Kamolot. From 1998 to 2020, he worked as deputy dean of the pediatric faculty. Member of the Academic Council. Repeatedly awarded by the administration of the institute, city and regional administrations, and also awarded the Commemorative Medal of the 15th anniversary of Independence of the Republic of Uzbekistan.

The Department of Pharmacology was founded in 1932, and since 1932 the department is headed by Professor I.V. Troitsky began to teach pharmacology and worked as the head of the department for 2 years (1932-1934 academic years).

In the 1934-1935 academic year, N.K. Elected by Klemparsky, he worked in the department for 10 years and published several scientific articles. During these years, from assistants: E.S. Zolotukhin and V.P. In 1942, the Leningrad Military Medical Academy named after S.M. Kirov was evacuated to Samarkand, and the head of the department was Professor V.M. Karasik, later he was replaced by Professor G.A. Mednikyan knows. During these years, the scientific and educational work of the department intensified.

In 1944, the Military Medical Academy was again evacuated, so N.K. Klemparsky was appointed.

In the 1945-46 academic year, lectures on pharmacology were given by the head of the Department of Pathophysiology, Associate Professor H.R. Farhad read. In these years from the assistants: Samulevich M.Yu., G.K. Gubkeevich. Rokel V.P., Shevchenko E.S. Zolotuxins worked.

In 1946, according to the results of the competition for the post of head of the Department of Pharmacology , the so-called I.E. Akopov was elected.

In 1955 he defended his doctoral thesis, in 1956 he received the title of professor. Under his supervision he defended 9 theses. During these years, assistants worked at the department: Belyavskaya L.A., Mukhamedova L.D., Konovalova V.A., Ibragimov I.I.

After defending his thesis, I.I. Ibragimov was appointed head of the Department of Pharmacology of the Andijan Medical Institute.

After defending her thesis, L.A. Belyavskaya was appointed head of the Department of Normal Physiology of SamDTI.

From 1949 to 1959, the following students studied at the department in graduate school: M. M. Mansurov (1949-52), F. A. Asliddinov (1952-55), T. R. Abdurakhmonov (1946-49) Much attention was paid to the study of the action of extracted drugs. Under his leadership, a new drug Afillin chloride was isolated , which in terms of local anesthetic properties turned out to be equivalent to novocaine (V.A. Konovalova, 1952). In addition, materials were published on the relationship between the vestibular apparatus and blood pressure in animals (L.A. Belyavskaya, 1951) and the pharmacology of Solusurmin(I.I. Ibragimov, 1955).

The staff of the department specializes in the plant Logoxylus.

In 1955, I. Sedative and hemostatic properties of Logoxylus were studied by Akopov, in 1957 M. M. Mansurov studied the effect of this plant on the cardiovascular system and the pharmacology of logoxylin ether ass. F. A. Asliddinova.

In 1959 he was an associate professor. The anti-shock and desensitizing effect of lagoxylus was studied by M.K. Rakhimova, as a result of which lagoxylus was included by the Pharmacopoeia Committee in the pharmacopoeia and approved for use in medical practice.

In 1968, he became the head of the department. Mansurov was appointed.

Under the guidance of M.M. Mansurov in 1968-1994 he defended 5 candidate and 1 doctoral dissertations. In 1974, M.M. Mansurov defended his doctoral dissertation, and in 1977 he was awarded the title of professor. Employees of the department Yeshanov T.B. - On the desensitizing properties of solid capers, approved by the Higher Attestation Commission, Sargsyants R.G. "Pharmacology ferulaaposeris", Murtazaeva L.V. "Effect of affinic acid on experimental bronchospasm", approved by the Higher Attestation Commission and Mansurov M.M. - "Pharmacological study of the action of alkaloids of staghydrin, gelenine and asafetide on the blood coagulation system" (doctoral dissertation). 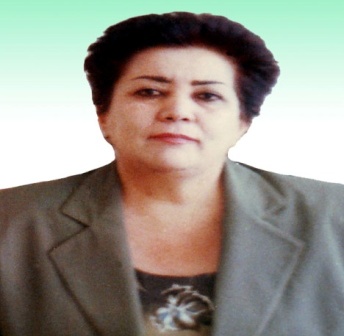 D.N. Ibodova defended her thesis in 1975, her doctoral dissertation in 1986, and in 1987 she was awarded the academic title of professor.

In the same year he defended his thesis, the author of 1 monograph, 2 copyright certificates and 35 scientific and educational recommendations, articles. 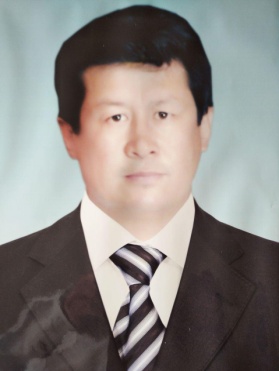 From 2001 to 2003 , D.N. Karshiev was appointed Head of the Department of Pharmacology.