The research work of students at the Department of Pharmacology is carried out by organizing meetings of the student scientific society, holding separate daughter meetings within the framework of international and republican student scientific and practical conferences held at Samarkand State Medical University. At these meetings, the problems of the scientific work plan are discussed, the evidence collected and the results of scientific research are analyzed. Written abstracts, their publication and participation in conferences are discussed. The Department of Pharmacology of Titus is called "young pharmacologist" the number of members of the circle is 20 students. Each student of the TIJ circle is attached to the assistants of the department, and among them the tradition of the master-student has been well formed. Head of the Department of TIJ, Ph.D., Associate Professor S. Zh. Yuldashev, responsible TIJ D. B. Shukurov. The work plan of the TIJ of the department is drawn up by the head of the department and responsible persons, the activities are carried out according to this developed plan. Meetings of the members of the TIJ of the department are held on Saturday in the conference hall of the department. Meetings held at the department are drawn up in protocol form.

Scientific topics of the staff of the department, attached to talented students of SamGMU the head of the department and responsible persons, students prepare theses, articles on scientific works. Members of TIZH still take part in local, international Olympiads, conferences and show positive results. In addition, members of tizh of our department in scientific journals administered by the international and republican UAC,articles are written by members ofTIJ and their designated supervisors. 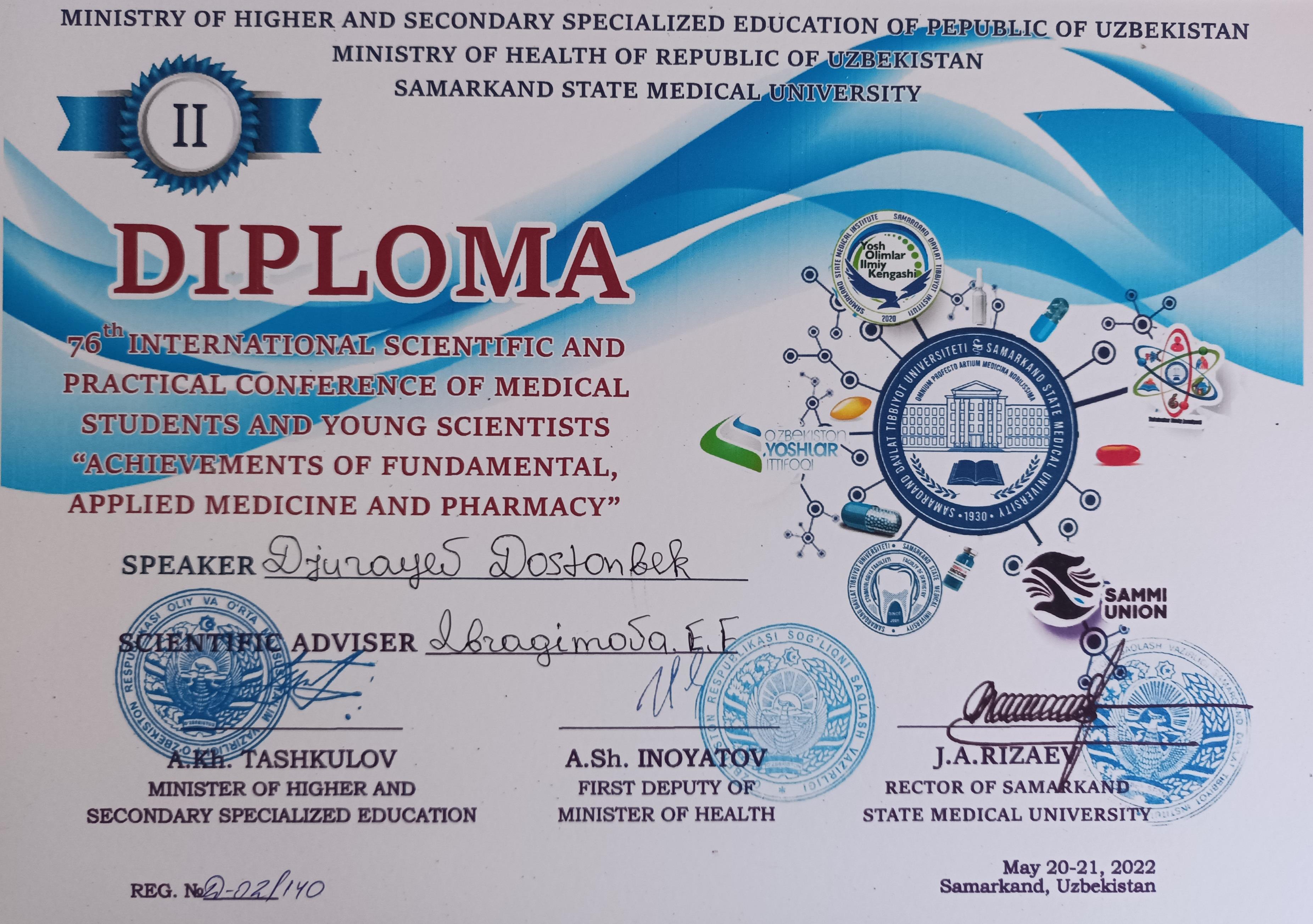 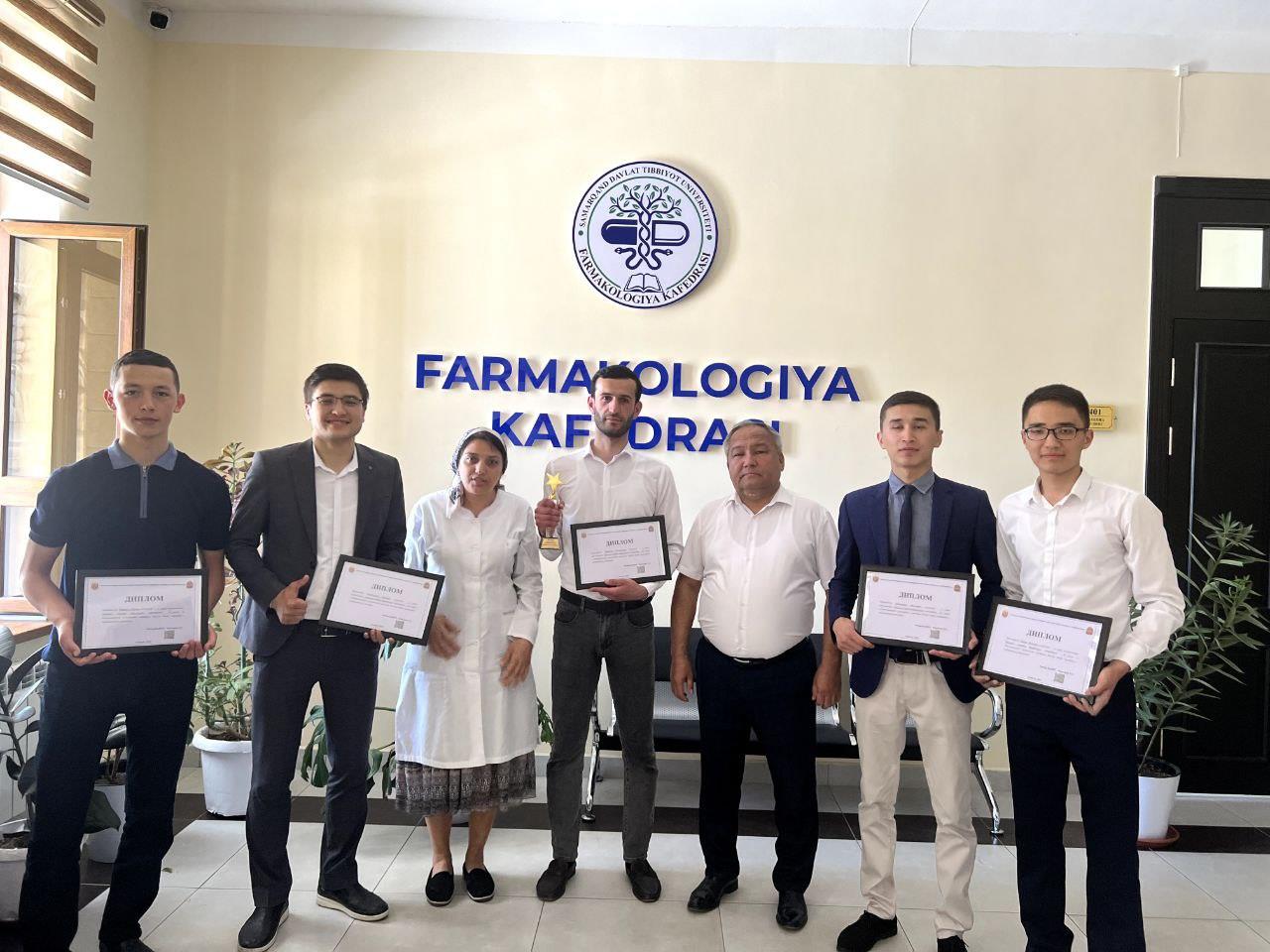