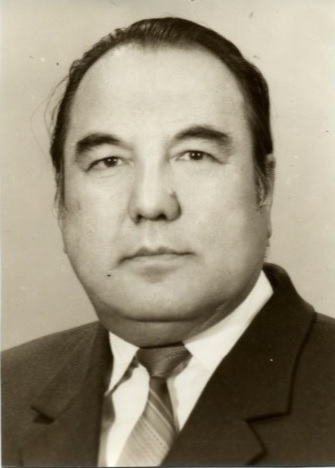 In 1972, by order of the Ministry of Health of the Republic, the Department of Neurosurgery of the 1st Clinic of the Samarkand State Medical Institute was defined as a center for providing qualified neurosurgical care to the southern regions of the Republic, and the clinic's specialists performed this task. To date, 42 neurosurgeons (including 6 doctors of science (1 professor), 3 candidates of science) work in the Samarkand region, performing more than 1000 complex operations for various diseases of the nervous system in 1 year. 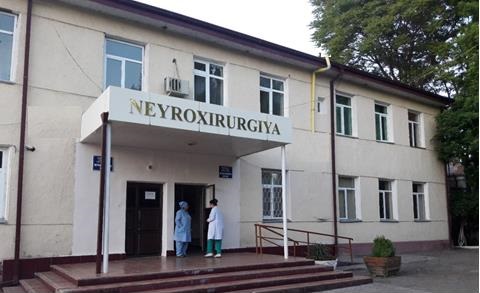 The unique scientific and practical school, started by the founder of Samarkand neurosurgery, Professor S.Zh. Madierov, subsequently continued with dignity by A.M. Mamadaliev, A.Sh. Chodiev, X.X. Khudoiberdiev, R.Yu. Yuldashev, A.B. Bolgaev, N.N. Berdiev, Z.N. Ubaidulloeva, M.K. Agzamov, A.Sh. Yuldashev, M.A. Aliyev and other students, and today new successes are being achieved in this regard. Since 1965, a neurosurgery course has been operating on the basis of the 1st clinic of SamMI. 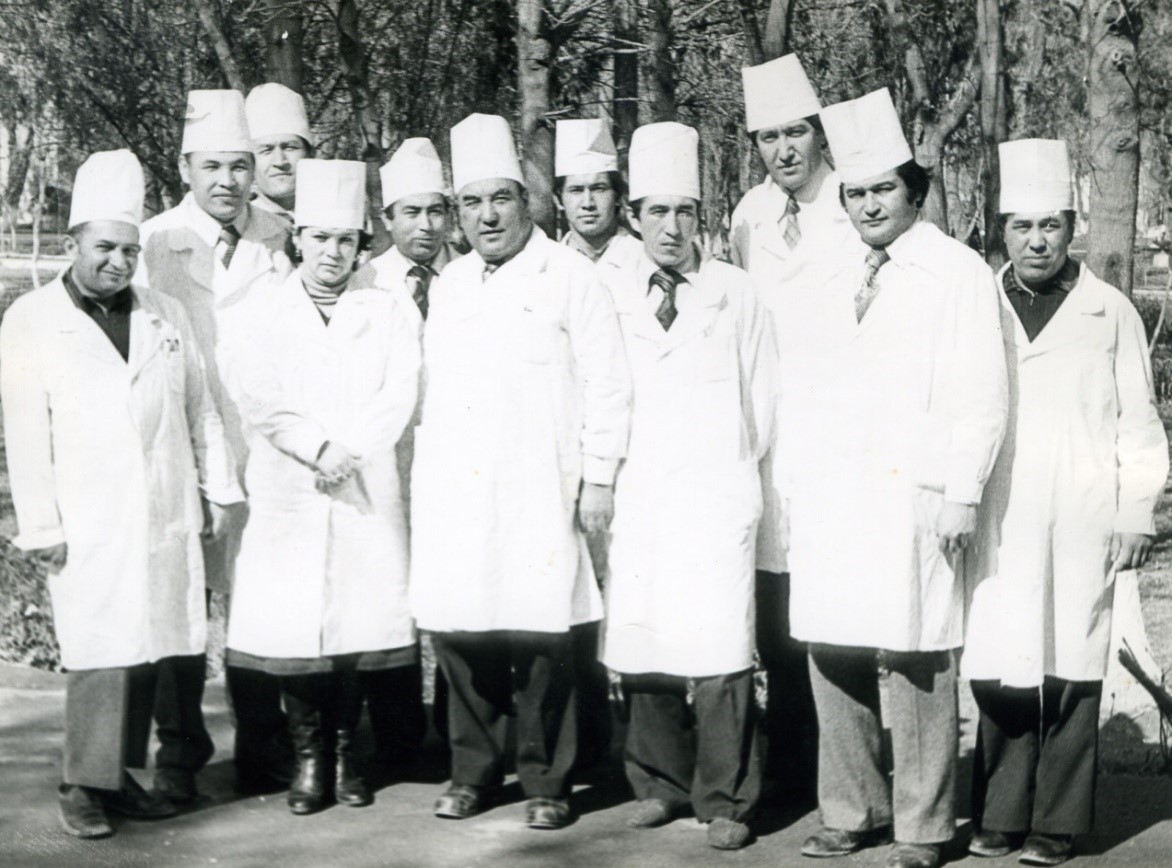 In 1965 he graduated from the medical faculty of SamMI. From 1965 to 1968 was a graduate student in neurosurgery, in 1970 he defended his thesis for the degree of Ph.D. medical sciences. He worked as an assistant in the course of neurosurgery and from 1970 to 1972. worked at the same time. internship department of the institute. From 1985 to 1988 As a doctoral student, he worked at the Research Institute of Neurosurgery. Academician N.N. Burdenko of the Academy of Medical Sciences of the USSR (Moscow) and in January 1989 he defended his doctoral dissertation at the same institute. From 1991 to 1995 worked as Vice-Rector for Academic Affairs of SamMI, and also held the position of Rector for 5 months. In 1997-2004 Professor A.M. Mamadaliyev worked as vice-rector of the inspection and control department at the institute. At the same time, from 1988 to 1993, he worked as the chief neurosurgeon of the Samarkand Regional Health Department and organized three new neurosurgical departments in the region.

In 2004, Professor A.M. Mamadaliev was elected to Jakarta as a board member of the Asian Neurosurgery Federation for his contribution to Asian neurosurgery. 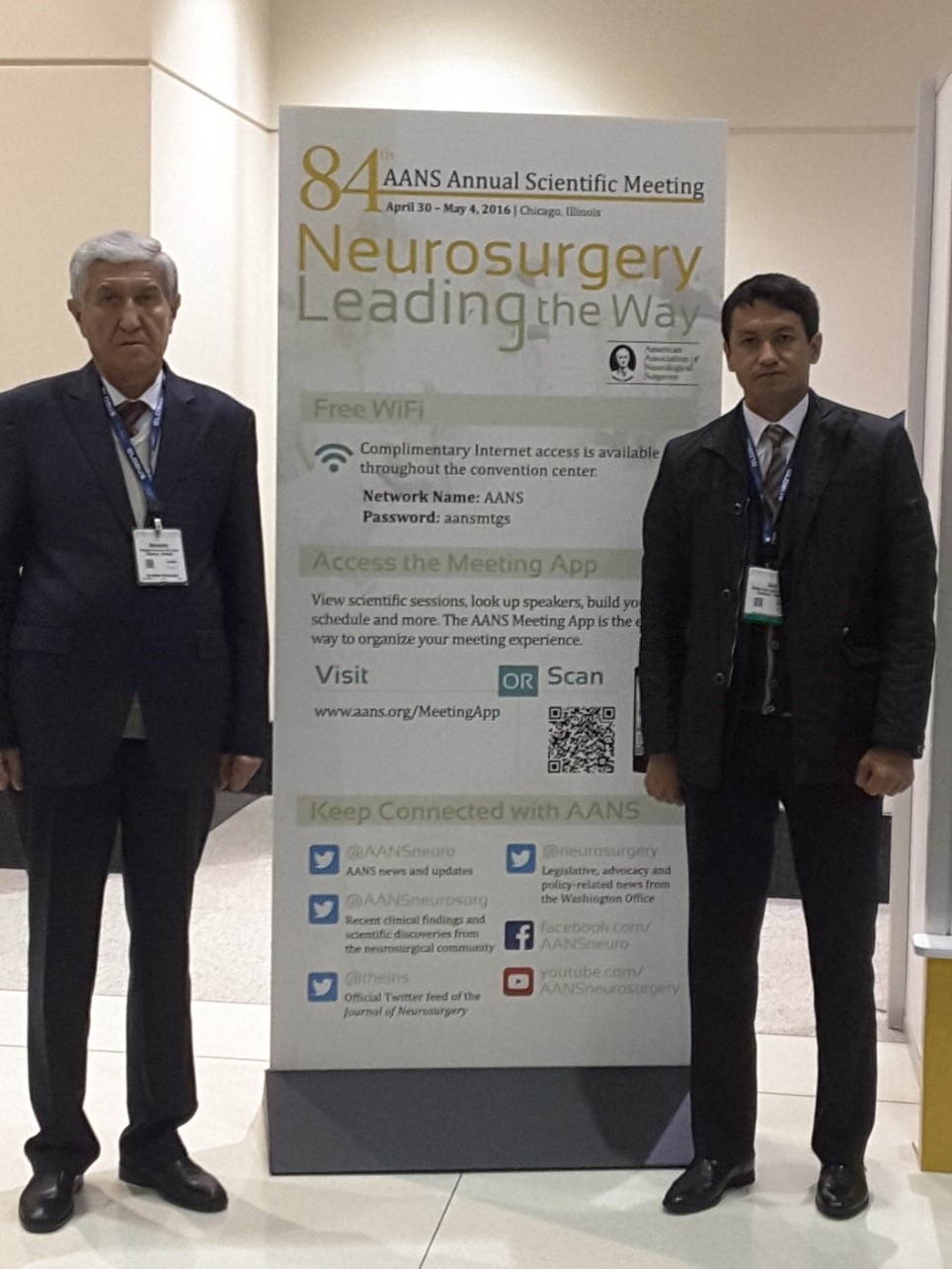 Given the great scientific, practical and organizational achievements in the field of medicine and neurosurgery, Professor A.M. Mamadaliev was awarded the title of Academician of the Medical and Technical Academy of the Russian Federation, a diploma and a gold medal named after Chizhikov (Moscow, 2006).

X.X. Khudoiberdiev graduated from the medical faculty of SamMI with honors in 1964. In 1966-1969 he studied at the A.L. Polenov in clinical residency, and in 1966-1969 - in graduate school. In 1964-1966 defended his Ph.D. thesis under the guidance of Professor V.M. Ugryumov and Professor E.M. Margolin. In 1970-1994, he worked as an assistant in the course of neurosurgery at SamMI and published 45 scientific papers over the years, including the author of the first Uzbek textbook in the republic, Practical Guide to Neurosurgery.

A.Sh. Chodiev graduated from the medical faculty of SamMI in 1976, worked as a military doctor in 1977-1979, and in 1979-1988 he worked as an intern at the neurosurgical department of the SamMI clinic. in 1988-1991 He studied at the postgraduate course at the Research Institute of Neurosurgery named after Academician N.N. Burdenko and defended his Ph.D. thesis on the epidemiology of traumatic brain injury in the Zeravshan Valley ahead of schedule. 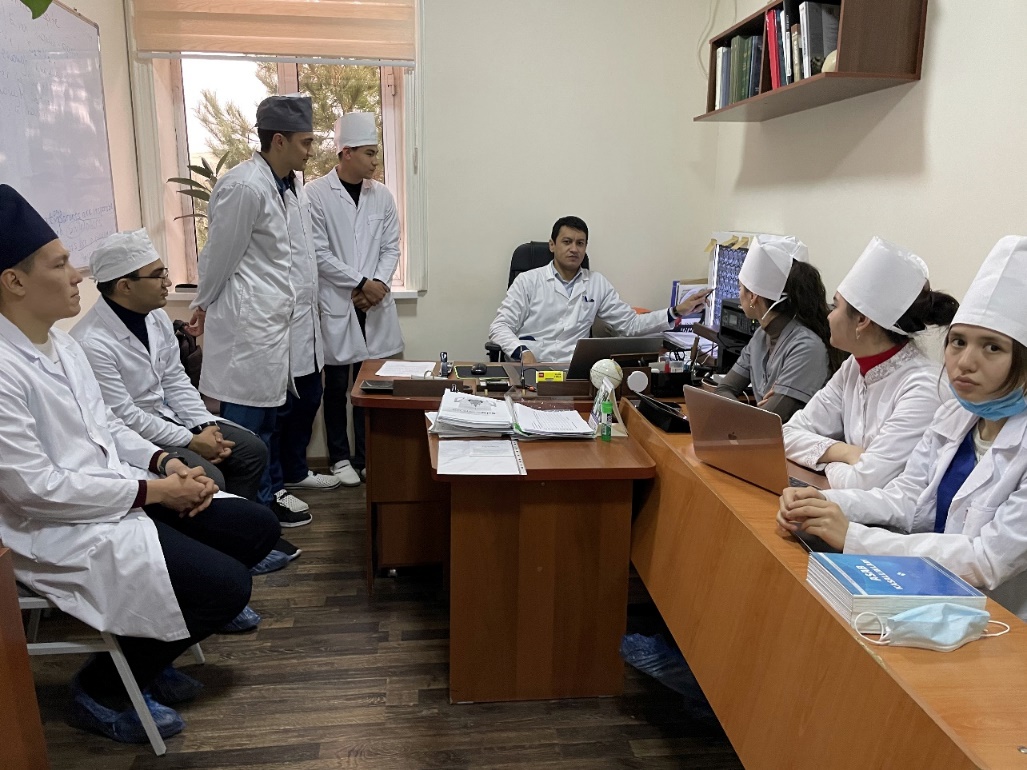 In 1991-1996 he worked as an assistant at the Department of Neurosurgery. In 1996-1999 he completed his doctoral studies at the Department of Neurosurgery of SamMI, and in 2007 under the guidance of Professor A.M. Mamadalieva successfully defended his doctoral dissertation on the topic "Congenital neurosurgical pathology of the central nervous system". In 2004, he was approved for the position of associate professor of the department, and in 1996-2016 he effectively worked as the chief neurosurgeon of the Samarkand region. MD A.Sh. Chodiev has published 350 scientific papers, including 4 inventions, 1 monograph, about 40 teaching aids, is one of the co-authors of the Neurotraumatology practical guide.