AA Kozyrev was the first to organize the department of surgical propaedeutics in 1932, and in 1933 he was entrusted with the organization of the department of hospital surgery, and the department was established in the city clinical hospital. AA Kozyrev headed the department for a few months, then associate professor SP Shilovsev was the head of the department and head of the clinic in 1934-1939, and in 1936 he defended his doctoral dissertation on the topic "Vitaminnoye pitaniye i zajivleniye kostnykh perelomov". Thus, SP Shilovsev was one of the first in the clinic to receive the degree of doctor of medical sciences. Under his guidance, assistants of the department AG Glagolev, AA Rush, MS Grigoryev, A. Alisov defended their candidate theses. More than 40 scientific works were published. Clinic staff abdominal emergency surgery, traumatology and orthopedics, as well as oncology. Professor SP Shilovsev founded an organization to fight cancer in our region.

In 1939, after Professor SP Shilovsev left the department, the head of the department was transferred to Professor GB Monashkin. He first worked at the Department of Hospital Surgery of the Kharkiv Medical Institute under Professor IS Trinkler, and then as the head of the department at the Makhachkala Medical Institute. Professor GB Monashkin worked in Samarkand from 1939 to 1949. He defended his doctoral dissertation on the topic "Uterine disease in clinic and experiment". He performed many urological operations in the clinic. On the initiative of GB Monashkin, a field-military surgery course was established (docent FT Baydalov) and a student scientific circle. Candidate theses of assistants AX Khaidarov, VR Varlamov, NI Green, LK Gusev were defended. More than 50 works have been published.

After the death of GB Monashkin, the management of the department was transferred to docent FT Baydalov.

From February 1951, Professor VP Bodulin began to head the department, before that he headed the department of general surgery. He defended his doctoral dissertation on the topic "Chetyrexzonalnoe delenie legkix v experimente i v klinike legochnyx nagnoitelnyx zabolevaniy", he was a surgeon of abdominal cavity and lung diseases. He founded lung surgery in Samarkand. Operations on patients with pulmonary echinococcosis, lung abscess, purulent pleurisy, etc. have become widely used. Under the guidance of professor VP Bodulin, asst. MA Yenikeyeva, assistant. XX Rasulov (1954) defended their candidate thesis. Scientific-pedagogical work has improved. Docent LM Obukhova was called from Tashkent and was assigned to organize a course of maxillofacial surgery.

Due to the transfer of Professor VP Bodulin to the Stavropol Institute of Medicine, in 1954 DM Zlotnikov from the Leningrad Institute of Traumatology and Orthopedics named after RR Vredena came to head the department on the basis of a competition. He worked here for 2 years. At this time, ass. AZ Vakhidov (1955) defended his candidate thesis. In surgical practice, lagochilus-opyanyayushiye began to be used.

1959 in Moscow at the Institute of Surgery named after Vishnevsky. Under the guidance of PK Anokhin, AH Khaidarov defended his doctoral dissertation on the topic "Some physiological characteristics of hemodynamic changes in experimental coarctation of the aorta". He headed the clinic from 1959 to 1971. Thoracic surgery and burn departments were established in 1960 and 1961 in Samarkand. The level of special surgical care has increased. Methods of surgery for lung diseases, cardiovascular system, esophagus and liver, plastic surgery methods for thermal injuries and face-jaw diseases were applied. The work of scientific inspection has been accelerated in the department. In 1968, a collection of scientific works of the department was published. 12 candidate theses (BN Nazarov, KN Balandin, SA Mulokandov, XK Karabayev, A. Yes. Foygelman, N.Sh. Shokanbayev, AG Vorobyevskaya, SA Abdullayev and others) and two doctoral theses (A.Yu. Svidler in 1972 and XX Rasulov in 1973) were defended.

From 1971 to 1973, associate professor AZ Vokhidov was the head of the department.

From September 1973, Professor XX Rasulov was appointed as the head of the department on the basis of a competition. Treatments have been greatly improved by team effort. In 1975, an express laboratory was established in the resuscitation department. Methods of surgery for lung diseases, cardiovascular system, esophagus and liver were put into practice. For the first time in Central Asia, gnotobiological isolation (XK Karabayev), open method of treatment with filtered and abacterial air (EX Gafarov) was applied in burn disease.

In 1979, a doctor's thesis (XK Karabayev) and 12 candidates' theses were defended. Two doctoral theses (AS Salamov and Dj.A. Akhtamov) and several candidate theses (VG Mkrtumyan, ZJ Kamolov, NX Sharapov and others) were prepared. More than 250 scientific works were published in central and republican journals.

From 1993 to 2008, Professor BS Tursunov was the head of the department. The competence of scientific works has been greatly increased. 18 monographs and textbooks, more than 550 scientific articles and theses were published by BS Tursunov. Under his leadership, three doctoral theses (SA Allazov, KX Makhmudov, AK Gabchenko) and 13 candidate theses were defended (ZJ Kamalov, Sh.T. Berdiyerov, KX Makhmudov, Sh.S. Shakhanov, V.Ye. Makarin, BX Karabayev, MI Rustamov , AS Pogosov, JA Djabriyev, UX Aminov, A. Usmanov, ZN Aptarov, BM Shokirov). Since 1998, BS Tursunov has been elected a member of the Russian Academy of Natural Sciences.

Since 2009, Professor XK Karabayev has been the head of the department. In 1980-98, he headed the Department of Surgery of the Faculty of Pediatrics, in 1999-2008 he was a professor of the Department of Surgical Diseases of the 6th-7th courses of the Faculty of Medicine. Under the leadership of Professor XK Karabayev, three doctor's theses (BS Tursunov, ME Eshmirzayev, EA Khakimov) and three candidate's theses (GA Khaidarov, AD Davranov, SK Kamalov) were defended, 9 monographs, 885 scientific works were published. Currently, three candidates and one doctoral theses are being prepared 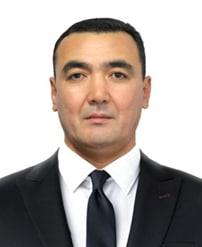 From 2010 to 2017, associate professor SA Ruziboyev was the head of the department. In 2011, he completed his candidate's dissertation on the topic of "Optimization of surgical treatment of deep-seated patients and lis pojilogo i starcheskogo vozrasta s otyagoshchennym premorbidnym background", and in 2019, he completed his doctoral dissertation on the topic of "Rehabilitative program and prophylactic oslojneniy u bolnyx cirrhosis pecheni v otdalennyy period posle portosystemnogo shuntirovaniya" in Tashkent city. protected. SA Ruziboyev has published about 200 scientific works. 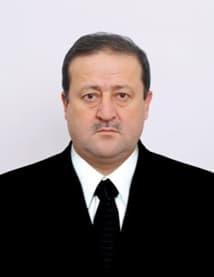 Since December 2017, the department has been headed by associate professor IB Mustafakulov. In 2009, he defended his candidate's thesis on the topic of "Puti uluchshenia izlecheniya lecheniya bolnyx s terminalyasionnoy travmoy" and is currently working on a doctoral dissertation. IB Mustafakulov published about 300 scientific works.