The pediatric department of the 2nd hospital was established on September 22, 1981 on the basis of order No. 105-0 of the rector of SamDTI (prof. S.A. Aripov). A young scientist, doctor of medical sciences J. Eshkobilov was appointed as the head of the department. Before the establishment of the department, J. Eshkobilov defended his doctoral dissertation on the topic "Zabolevaniya pochek u detey v usloviyax jarkogo klimta Uzbekistana" ("Kidney diseases in children in the hot climate of Uzbekistan") under the consultancy of former full member of the Union Academy of Medical Sciences, professor V.A. Tabolin. . The teacher of the head of the department V.A. Tabolin visited the newly established department in October of this year. Professor V.A. Tabolin conducted patient examinations and consultations at the department's base - the city children's clinical hospital with the participation of the department's staff, hospital coordinators and students. 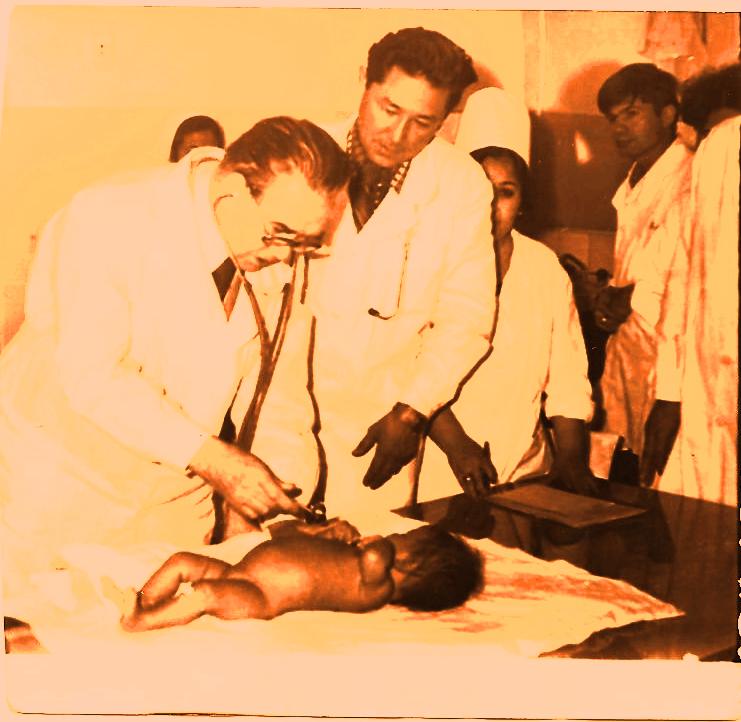 Academician of the USSR Academy of Medical Sciences, prof. V.A. Clinical treatment of patients at the new base of the Tabolin department (Samarkand city children's clinical hospital, number 1, (1981))

In a conversation with the department team, V.A. Tabolin recommended the topic "Hereditary and acquired kidney diseases in children" as a scientific direction, because of the high coefficient of inbreeding (relative marriage) in the Uzbek population, the hereditary aspects of the pathology of the urinary system, as well as the urinary system of Uzbekistan emphasized the importance of researching dysmetabolic nephropathies, taking into account the endemic region of stone disease. Professor V.A. Tabolin advised to start scientific research on the spread of diseases of the urinary system, taking into account the peculiarities of age and sex and the nosological structure. 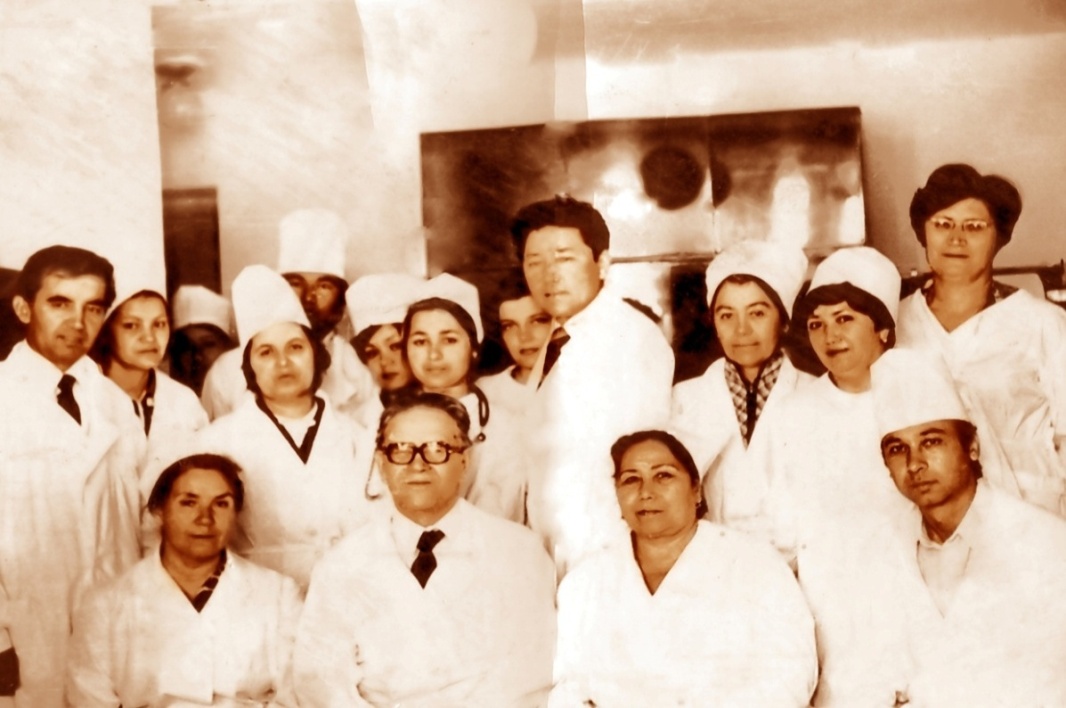 Academician of the USSR Academy of Medical Sciences, prof. V.A. Among the employees of the pediatric departments of Tabolin SamGosMI and the city children's clinical hospital No. 1 (1981). 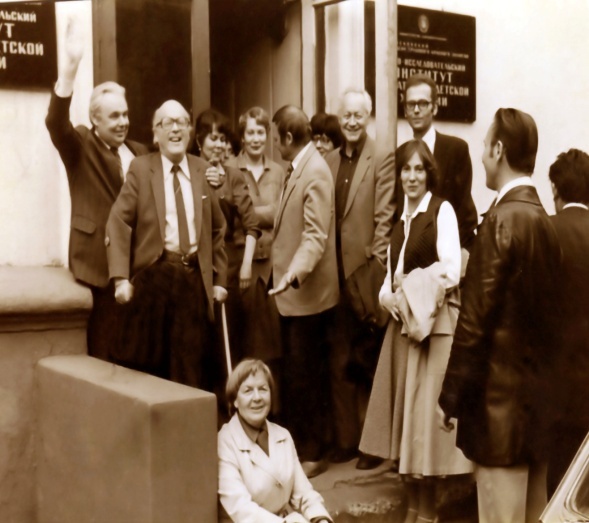 Academician of the Academy of Medical Sciences of the USSR, Director of the Scientific Research Center of Pediatrics and Children's Surgery of MITM (MNIC), prof. Yu.E. Veltischev (raised hand), prof. A. Knapp (Germany)

From June 2012 to October 2020, associate professor Yuldashev B.A. worked as the head of the department.

As the head of the department since October 2019, Ph.D., associate professor N.I. Akhmedjanova is active. Under his guidance and consultancy, scientific work is being carried out on 1 doctor's and 2 candidate's dissertations on current topics of modern pediatrics. 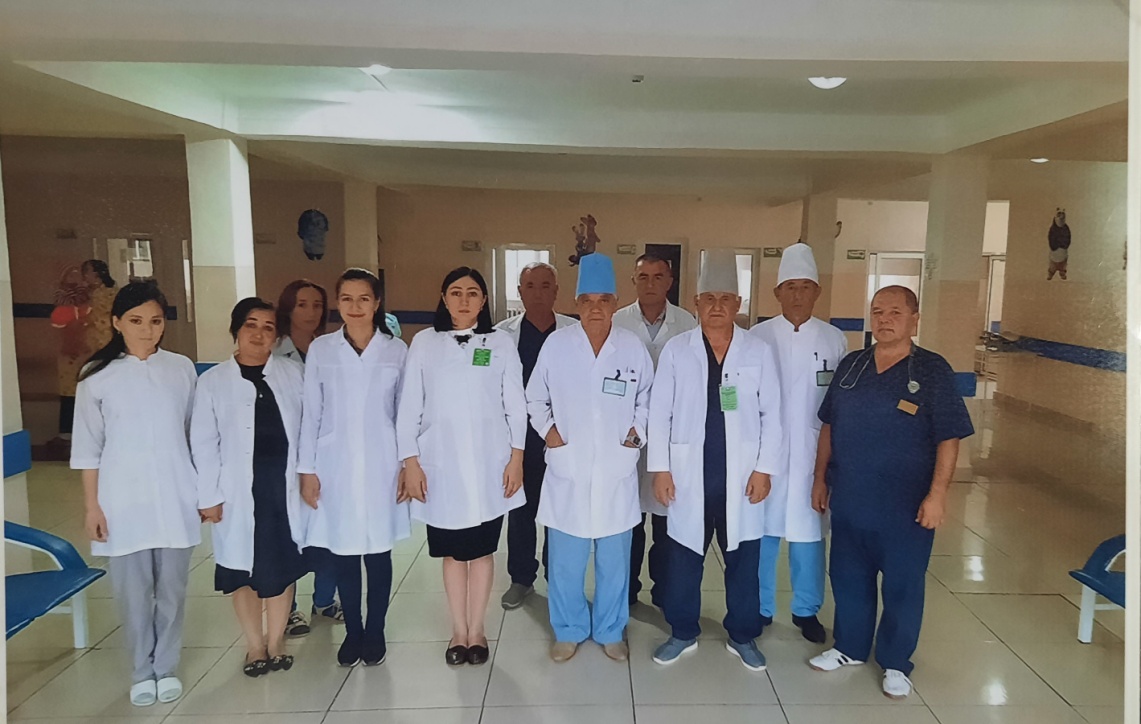