The responsible employee of the Department of Obstetrics and Gynecology No. 2, assistant Shamsieva Malika Shukhratovna makes a significant contribution and active participation in the work with students for SSS (student scientific society), a circle meeting is held every week according to the plan of the meeting in the department.

The participation of students in scientific circles is part of the educational process in the work of the department, where more than 12 students work. The materials of their research work are constantly discussed at conferences of young scientific universities, and the best works are sent to interuniversity scientific conferences.

On May 20-28, 2020, was held the Republican online olympiad among students of higher educational institutions. Students from various educational institutions take part in the Olympiad. According to its results, G.Olimova, a student of the Faculty of Pediatrics in the specialty "Obstetrics and Gynecology", was awarded a diploma of the II degree. Scientific adviser: assistant Shamsieva M.Sh.

On October 26, 2021, G. Olimova, a student of group 606 of the pediatric faculty, received a diploma of the nominee for the International Olympiad in Practical Skills “Virtuosos of Medicine”, held at the Tashkent Medical Academy.

On December 14-15, 2021, our students who took part in the international Olympiad of Samara State Medical University "Samarkand 2020" received diplomas of various levels, including:

• Kh. Khushbakova, student of group 511 of the pediatric faculty - diploma of the 1st degree.

• I. Abduganiyeva, student of group 408 of pediatric faculty - II diploma.

• G. Olimova, student of the Faculty of Pediatrics, group 606 - diploma of III degree.

On May 20, 2022, 8 theses were sent to the Institute of Medical Sciences at the 76th International Scientific and Practical Conference "Achievements of Fundamental,     Applied Medicine and Pharmacy", held at Samara State Medical University.

A student of group 408 of the pediatric faculty I. Abduganiyeva received a diploma for scientific work under the guidance of M. Shamsiyeva.

Also, students of the pediatric faculty of group 518 D. Ibrokhimov and U. Rakhmatov were awarded certificates. 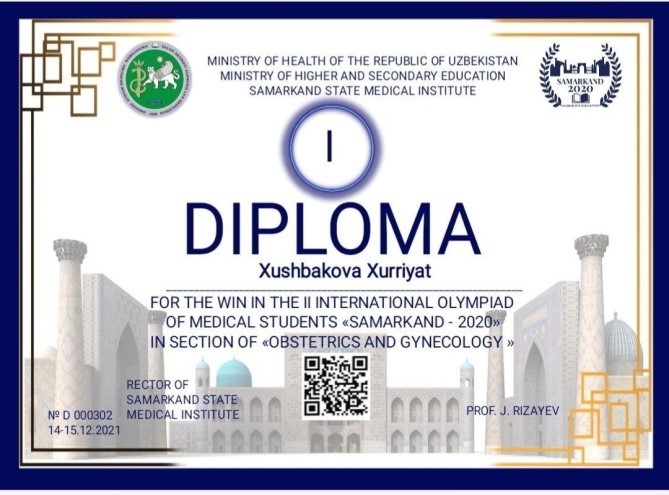 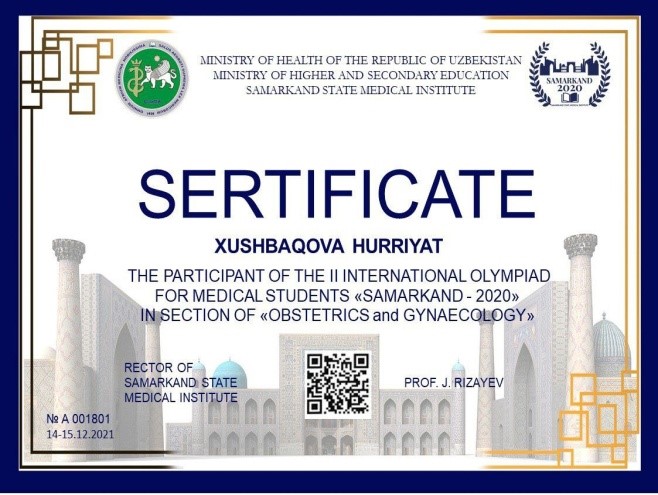 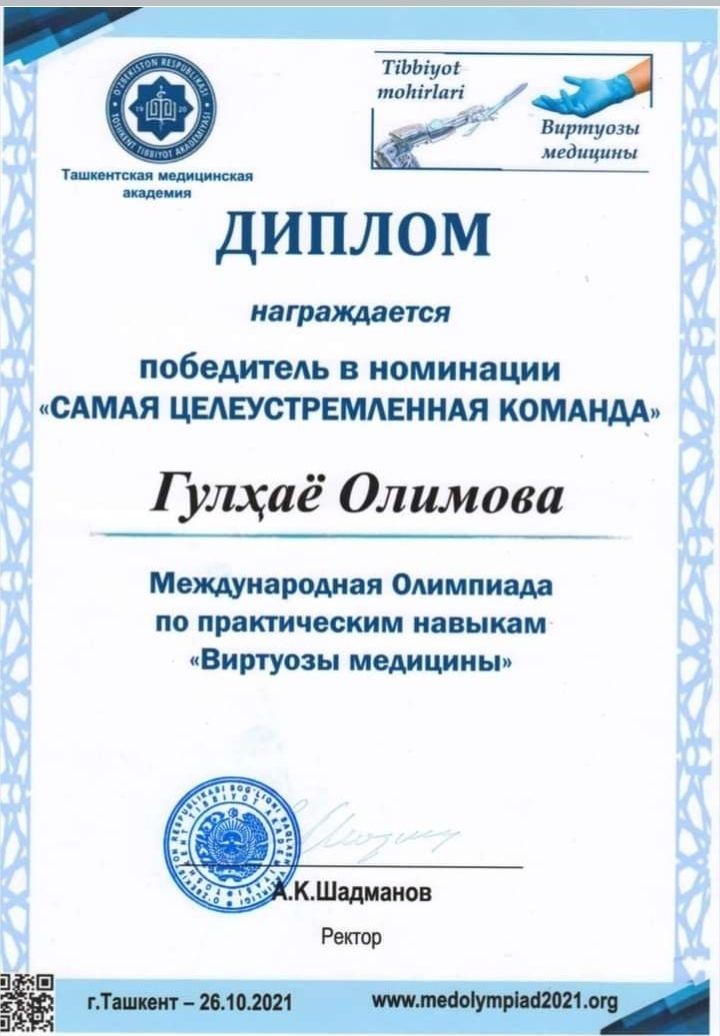