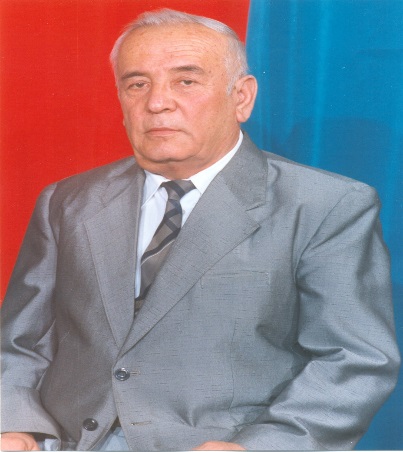 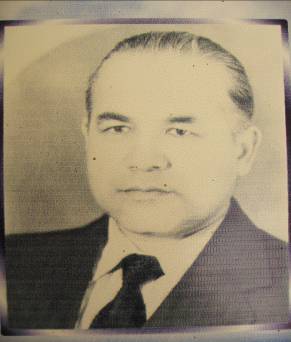 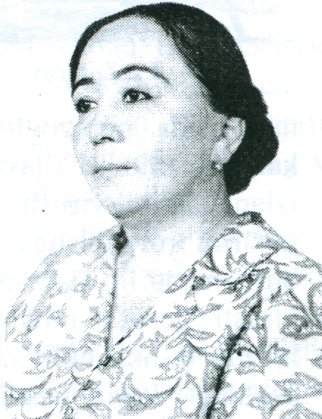 In connection with the retirement of prof. M.Kh. Khamidov, from 1995 to the present, the department is headed by Doctor of Medical Sciences, Professor B.B. Negmadjanov. 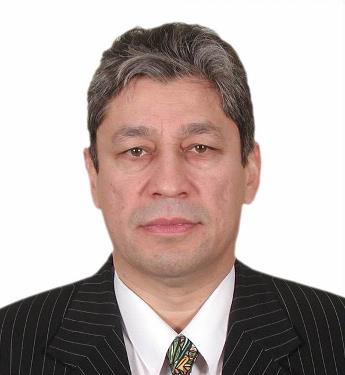 Negmadjanov Bahodur Boltaevich was born in 1962 in Samarkand in the family of an employee. In 1985 he graduated with honors from the pediatric faculty of SamMI.

From 1985 to 1987 he studied in clinical residency at the Department of Pediatric Surgery of SamMI.

1987-1988 worked as an assistant at the Department of Pediatric Surgery.

In 1988 he entered the targeted postgraduate study at CIATP (Central Institute for Advanced Training of Physicians) in Moscow and in 1991 he successfully defended his Ph.D. thesis on the topic "Sigmoidal colpopoiesis in children and adolescents".

1991-1993 doctoral student of RMAPE (Russian Medical Academy of Postgraduate Education). In 1993 he defended his doctoral dissertation on the topic "Vaginal repair from the colon segment and feminizing reconstruction of the external genitalia". Theses were defended in the specialty of pediatric surgery, obstetrics and gynecology.

From December 1994 to August 1995 he worked as an assistant at the Department of Obstetrics and Gynecology of the Pediatric Faculty of SamMI.

From 1995 to the present, he has been the head of the Department of Obstetrics and Gynecology #2 of SamMI.

Negmadjanov B.B. author of 235 scientific papers: 4 textbooks, 6 guidelines and guidelines for doctors. He is the author of 11 inventions and 14 rats. proposals. Under the leadership of B.B. Negmadjanov 52 master's projects, 4 candidate, 2 Ph.D and 1 doctoral dissertation were defended. Currently he is the scientific advisor of 3 scientific applicants and 4 residents of the magistracy. From 2003 to 2015, he was the head of the regional reproductive center for the health of children and adolescents.

Deputy editor-in-chief of the scientific and practical journal "Doctor’s Herald".

Negmadjanov B.B. participant of international, republican, regional forums dedicated to the problems of obstetrics, gynecology, gynecology of children and adolescents.

He was a member of the specialized council D 087.01.03 for the defense of candidate and doctoral dissertations at the Tashkent Medical Academy.

Since 1999, a joint department of pediatric endocrinology, gynecology of children and adolescents has been organized on the basis of the regional children's multidisciplinary hospital. For a long time, pediatric and adolescent gynecology was only a part of adult gynecology, and only since 1999, in connection with the opening of children's gynecological beds in the Regional Children's Multidisciplinary Clinical Center for 5 beds, it began to stand out as an independent scientific discipline.

In 1994 Professor B.B. Negmadjanov performed the first successful sigmoidal vaginoplasty in Uzbekistan. He is the founder of operative gynecology in Uzbekistan in the field of anomalies in the development of genital organs.

Within the framework of the International Federation of Grants under the leadership of Professor B.B. Negmadjanov in 2000, won a UNFPA grant in the amount of $ 250,000. The children's gynecological department has been expanded to 30 beds and equipped. Students and residents in the cycle of pediatric gynecology are trained in this department. Employees of this department are engaged in diagnostics, treatment, rehabilitation and prevention of gynecological diseases, and also study the ability of the female body to adapt to age-related, social and psychological changes.

Achievements in science over the past 10 years at the department are: defense of a doctoral dissertation by Khudoyarova D.R. (defended in 2007) and 4 Candidate of Medical Sciences theses and in 2019 year 2 Ph D.

4 Рh D works are performed in the specialties "Obstetrics", "Gynecology" and "Pediatric Gynecology".

Over the past 5 years, from 2010 to 2017, the staff of the department published about 138 articles in local and republican journals, as well as in journals and collections of the CIS and far abroad.

In 2000, a scientific monograph was published: "Surgical diseases of the reproductive system and sextransformation operations" (Moscow, MEDICINE) by the authors Okulov A.B., Negmadjanov B.B.

Currently, the staff of the Department of Obstetrics and Gynecology is carrying out fundamental research to study the features of the formation of reproductive health disorders, complications of pregnancy and childbirth in women. This includes work both in the field of obstetrics and gynecology, some of which have already been completed, and the results have been introduced into clinical practice.

Scientific work at the Department of Obstetrics and Gynecology No. 2 is effectively combined with educational and practical activities. In the educational process, modern teaching methods are used to achieve the best results in mastering the program in obstetrics and gynecology by 4-6-year students of the pediatric faculty, 2,3-year students of higher nursing. Much attention is paid to the continuous improvement of the system for assessing and monitoring the quality of education, the introduction of modern forms and technologies of education. For classes and lectures, interactive training programs, modern dummies and phantoms are widely used.

A student scientific circle continues its work at the department. The scientific work of students is still given great attention, and the students themselves show great interest in research work, performing it together with the staff of the department and annually reporting the results at conferences at the city and republican level. The curator of the scientific student circle is the assistant of the department Nasimova N.R.

The results achieved in recent years should be especially noted. Today, the bases of the department are located in the Samarkand Regional Perinatal Center and in the 3rd maternity complex in the city of Samarkand. The staff of the department provides highly qualified assistance to patients in almost all areas of non-operative and operative gynecology, over a thousand operations are performed annually. At the same time, the clinic conducts surgical treatment of patients in need of complex, high-tech operations for such diseases as obstetric bleeding, uterine fibroids, common forms of endometriosis, prolapse and prolapse of the genitals, genital malformations, urinary incontinence under stress.

Thus, throughout the entire existence of the Department of Obstetrics and Gynecology, its employees carry out research of great scientific and practical importance, contributing to the solution of urgent problems of obstetrics-gynecology, pediatric and adolescent gynecology. The current state of the department, its scientific potential provides training for highly qualified scientific and pedagogical personnel and doctors who are able to effectively use and introduce innovative technologies in their practice.