The Faculty of Medicine began its activity in 1930, when the Samarkand State Medical Institute was established, and until 1963 it was the only faculty of the institute.

The faculty has 2395 students. Training is conducted in Uzbek, Russian and English in accordance with the qualification requirements of a doctor of medicine (attending physician) in the direction 5510100 - "General Medicine".

Strict adherence to the discipline of teaching, the widespread introduction of advanced pedagogical technologies in pedagogical practice, improving the quality and efficiency of teaching at the departments of the faculty play a primary role in organizing the educational process.

Regular material support of teachers and students, cash prizes, admission of students for prestigious state scholarships, as well as the scholarship of the Association of Doctors of Uzbekistan find a lively response among the staff of the institute.

Deputy Deans of the Faculty Kodirov N.D., Nabiev T.Kh., Makhramkulov Z.M., Faizullaev D.Sh. and Ortikov A.A. in the course of performing their daily work, they try to understand the life of each student, provide the necessary assistance, regularly meet with their parents. The faculty continues to work on rationalizing the activities of the dean's office, introducing the positions of deputy deans for each course, maintaining class attendance from 99.6 to 99.8%, high-quality student performance in subjects during each session at the level of 80-90%.

The scientific work carried out by the scientists of the faculty is inextricably linked with the training of scientific and pedagogical personnel and the requirements of practical health. It should also be noted that the faculty scientists regularly participate in competitions for research grants.

Much attention is paid to working with gifted students, in 2020 more than 100 students were admitted to the corresponding group; they took an active part in the work of student scientific circles, represented the institute at republican olympiads, made reports at republican and international scientific conferences, were awarded publications, medals and diplomas. Some of them identified topics for future master's and doctoral dissertations, and began serious research work.

Spiritual and educational work at the faculty helps students to master universal human cultural values, centuries-old traditions and rich heritage of our people, a special way of forming a sovereign Uzbekistan, the formation of high spiritual and moral qualities based on instilling a sense of patriotism and pride in our country. 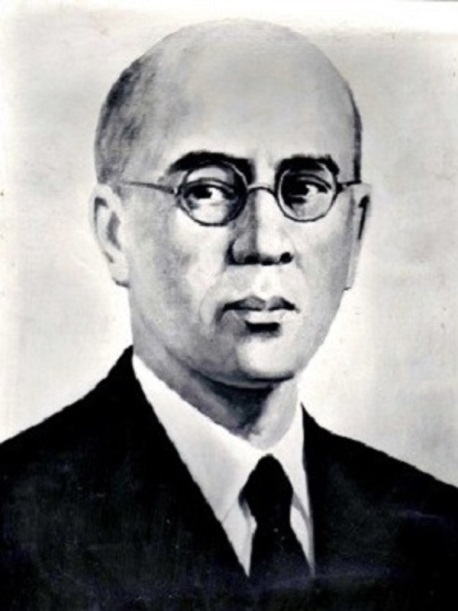 the first dean of the medical faculty

Since February 2020, the dean of the medical faculty has been working as a doctor of medical sciences, associate professor Lufullaev G.U.