Department of Pediatrics No. 3 and Medical Genetics

In 1930, qualified pediatricians V. A. Razlovsky, A. N. Kiselev, G. Yu. And since 1935, the department was headed by associate professor A. N. Ivanov. The main directions of scientific research were the study of the composition of the peripheral blood of children with diseases of the bone marrow hematopoiesis. At that time, O. Kornetova, V. I. Levinson-Hoffman conducted clinical studies at the department.

In the pediatric clinic, in addition to the treatment of common nosological diseases in children, the features of the course of malaria and visceral leishmaniasis in children were studied, new methods of treatment were proposed (B.K. Karakhodzhaev).

In 1955-1960, the head of the department was the rector of SamMI, associate professor Mirzamukhamedov M.A. During this period, much attention was paid to the study of the clinical course of childhood diseases in a hot and dry climate, changes in the internal organs of patients after certain poisonings, and the development of therapeutic tactics.

The children's department became a large school, where, in addition to teaching students the basics of pediatrics, teachers were trained at the newly created and opened pediatric faculty in 1963. During this period, the work of the head of the department, associate professor B.K. Karakhodzhaev is incomparable.

The first scientific direction of the department - under the guidance of the leading rheumatologist, Professor N.A. Mirzoyan, was the study of etiopathogenesis, the clinic of rheumatism in children and the development of new methods of treatment (K.Khamraev, K.S. Salokhitdinova, B.N. Valiev, K.N. Ganieva, K.M. Mamatkulov, R. R. Roziev, D. S. Mamedova). The second is devoted to the problems of chronic digestive disorders (J.I. Ishkobulov, G.U. Sharazhabov, M.M. Makhmudov, S.K. Abdurakhmonova). M.P. Chakchakov, F.S. Vyazikov, M.R. Rustamov also defended their candidate dissertations under the guidance of a mentor.

In 1950-1975, B.K. Karakhodzhaev made a great contribution to the advanced training of pediatricians working in health care, as the permanent chairman of the Society of Pediatricians of the Samarkand region.

Department of propaedeutics of children's diseases. In 1966, a number of scientific works were carried out jointly with professors and associate professors of the Department of Children's Diseases (G.U. Sharajabov, S.Kh. Abdurakhmonov, M.M. Makhmudova). ZN Beknazarova, head of the scientific department (from 1966 to 1973), conducted fundamental research on the characteristics of chronic metabolic diseases.

Under the guidance of Z. N. Beknazarova, the staff of the department (I. T. Salomov, Kh. S. Salakhutdinova, L. B. Vagapova, Kh. N. Ganiev and others) studied various aspects of alimentary anemia in young children. So, Z.N. Beknazarova (1974) provided information on the composition of peripheral blood in children in the climatic conditions of Uzbekistan, determined the prevalence of alimentary-infectious anemia, its etiology, pathogenesis, disorders of a number of organs and systems, etc. O.K. Alexandrova (1972) proved that with this pathology in young children there is a shift in electrolytes in the blood, the state of the secretory-enzymatic function of the stomach was studied by G. N. Kudratova (1975).

Abdulla Khamraevich Khamraev in 1967, under the guidance of Professor Mirzoyan N.A. and his teacher, associate professor B.Kh. Karakhodzhaeva defended his thesis on the topic "The exchange of ascorbic acid in children with rheumatism, and the possibility of its rational use in the appointment of complex treatment." In 1964-1974 he worked as an assistant professor of the department. In 1975 he defended his doctoral dissertation on the topic "Clinical and biochemical characteristics of chronic metabolic diseases of various origins in children under two years of age." In 1977 A.Kh. Khamraev was awarded the title of professor. He worked as the head of the newly created department of children's diseases at the clinic. At the same time, he worked as vice-rector for the medical part of SamMI. In 1981, the department of propaedeutics of childhood diseases was transferred to the base of the Samarkand Regional Hospital No. 1. Under his leadership, 13 dissertations for the degree of candidate of sciences were defended, Kh. Khamraev was awarded the honorary title "Honored Worker of Science of Uzbekistan" (1990). H.S. Salokhitdinova (1968) Changes in the morphological composition of peripheral blood and bone marrow in patients with rheumatism; B.Kh.Valiev (1969) Metabolism of trace elements in rheumatism and tactics of complex treatment with copper and iron preparations; H. N. Ganieva (1970) The function of the pancreas in rheumatism; Kh. M. Mamatkulov (1970) correction of blood coagulation in the active phase of rheumatism with corticosteroids; R. R. Ruziev (1971) Changes in protein metabolism in rheumatism; D.S. Mamedova (1972) Epidemiology of rheumatism and its clinical course. In addition, scientific studies have been conducted on the study of chronic eating disorders in children. In this direction, Zh. E. Eshkobilov (1971) studied the features of chronic malnutrition and protein and amino acid metabolism in sick children; G.U. Shoradzhabov (1972) changes in the amount of potassium and sodium in the body; S.K. Abdurakhmonova (1975) Communication of the process of nutrition with amino acids.

Since the creation of the second children's department in 1966, the department of pediatrics of the pediatric faculty of SamMI began its activities. Associate professors from among the staff of the department I.T. Salomov, R.R. Ruziev, G.N. Kudratova, S.R. Khursandova, B.A. Inomova; assistants Latipova Z.M., Toshpolatova M.Kh., Rustamov M.R., Umarova S.Sh., Mirzaeva M.R., Mukhitdinova M.M. took an active part in the medical work of the department.

Professor Z.N. Beknazarova worked as the head of the department. Zebi Nazarovna Beknazarova was born in Jizzakh in 1927. After graduating from the medical faculty of SamMI in 1950, she worked as a clinical intern, graduate student (2nd Medical Institute in Moscow), assistant, associate professor of the Department of Children's Diseases. In 1965-1986 she worked as the head of the department of pediatrics at SamMI. In 1974 she defended her doctoral dissertation. Under her leadership, 1 doctoral and 10 master's theses were defended. Z.N. Beknazarova was awarded the honorary title "Honored Doctor of Uzbekistan". 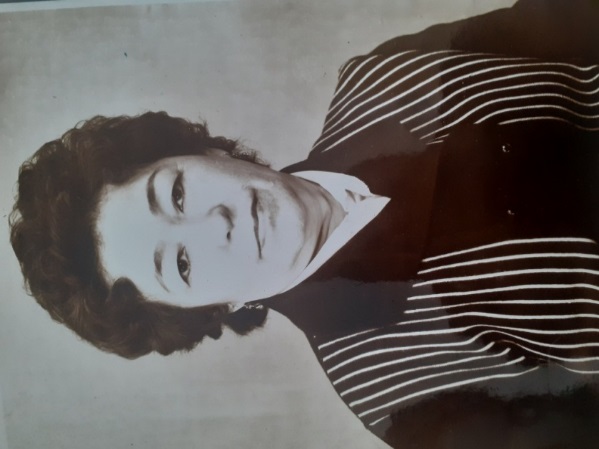 In 1968-1973, Gulsara Nazhmitdinovna Kudratova worked as an intern in the Department of Pediatrics and studied at graduate school, in 1973-1984 she worked as an assistant. In 1975 she defended her PhD thesis. Since 1984, Kudratova G.N. has worked as an associate professor of the department. 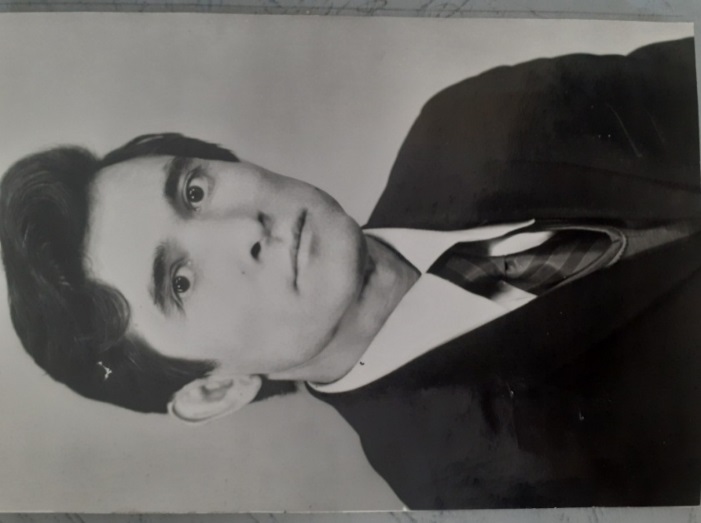 R.R. For almost 45 years, Roziev worked as an assistant and associate professor of the department. T.A. Bobomuradov was the head of the department in 1995-2004. In 1994 he defended his PhD thesis. T.A. During his treatment at the clinic, Bobomuradov conducted scientific research on the topic of his doctoral dissertation and successfully defended his doctoral dissertation in 2002. In 2004-2006 he worked as a professor of the department at the same time as the chairman of the trade union committee of the institute. Since 2006 he has been working at the Tashkent Medical Academy. 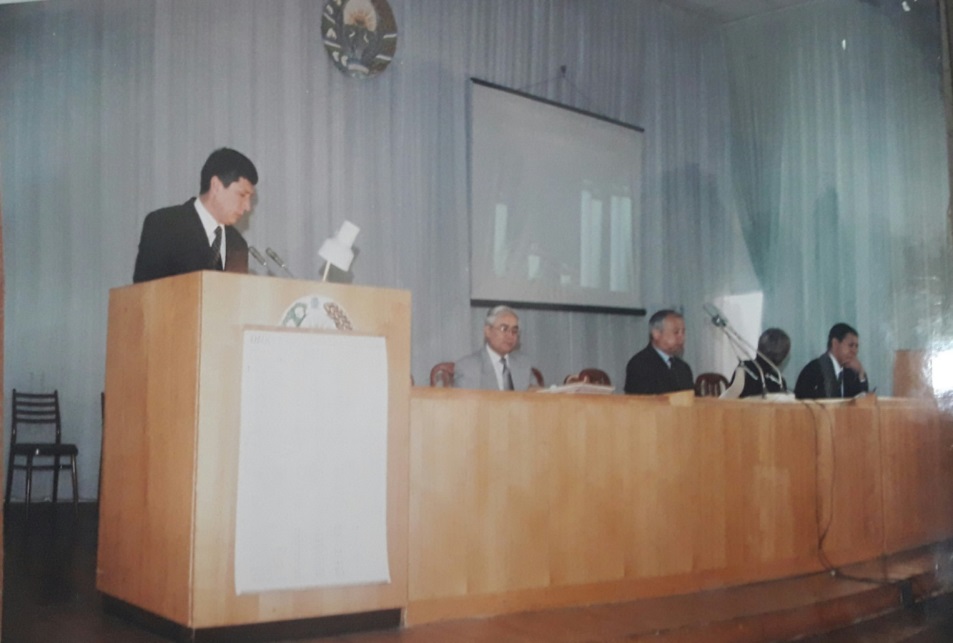 In 1987, Professor Mamatkulov Kh.M. was elected to the post of head of the department of pediatrics of the faculty.

Hamid Mamatkulovich Mamatkulov was born in 1940 in the Jizzakh district of the Samarkand region. After graduating from the medical faculty of the Samarkand State Medical Institute in 1963, he continued his studies at the Department of Pediatrics. In 1969-1976 he worked as an assistant in this department. In 1970 he defended his doctoral thesis, and in 1977 he was awarded the title of associate professor. 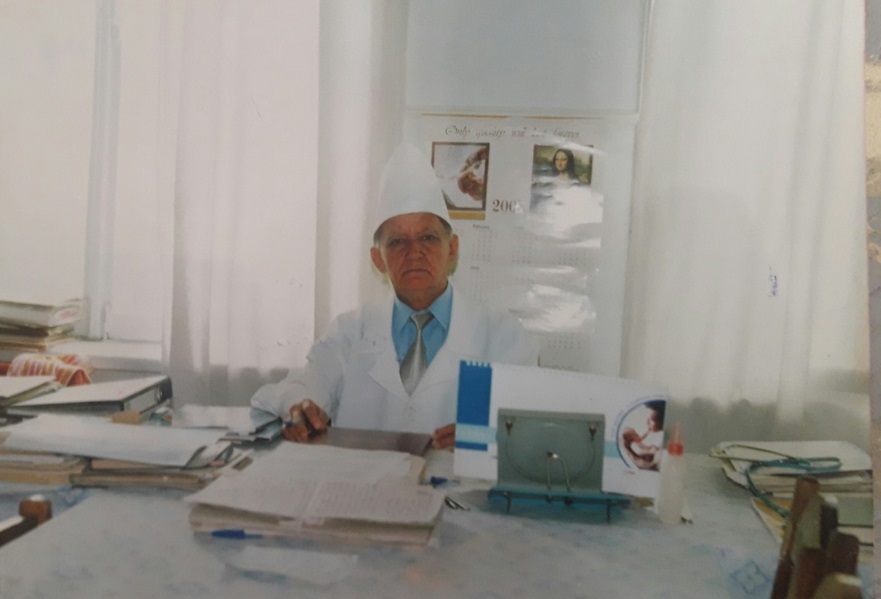 In 1985 he defended his doctoral dissertation on the topic "Clinical and pathogenetic features, diagnosis and development of methods for treating changes in the hemostasis system in young children in a hot climate" and in 1987 he was awarded the academic title of professor. Kh.M. Mamatkulov simultaneously worked as the dean of the pediatric faculty of SamMI in 1991-1994, and vice-rector for scientific work in 1996-2005. Under his leadership, 2 doctoral and 14 master's theses were defended. Kh. M. Mamatkulov, the author of more than 250 scientific articles, many manuals and recommendations, was a conscientious and modest person. 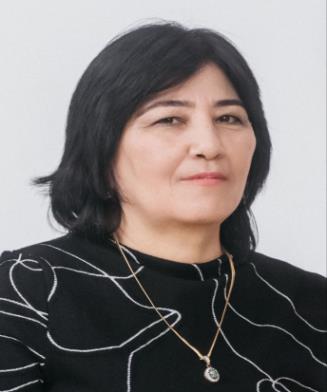 In 1987-1990, L.A. Muhammadieva studied at the Research Institute of Pediatrics of the USSR Academy of Medical Sciences in Moscow, and in 1990 she defended her Ph.D. thesis on the topic "Geno-phenotypic features of children with acute pneumonia." From 1990 to 2012 she worked as an assistant, and from 2012 to the present - an associate professor, doctor of medical sciences, head of the department 3 of pediatrics and medical genetics. In 2018, she successfully defended her doctoral dissertation. He has several patents for inventions, published 3 monographs, a textbook and more than 100 scientific articles.

Department of Pediatrics No. 3 and Medical Genetics