Department of Radiation Diagnostics and Therapy

In 1931, on the basis of the Department of Internal Diseases of the Uzbek State Medical University, G.S. Kuznetsov first began teaching radiology, and in 1937 organized a course of radiology at the same department.

During the Great Patriotic War, the course was attended and taught by evacuees from the Leningrad Military Medical Academy, to the city of Samarkand, Professor Nemenov M.I. and radiologist Akimov I.M. (1942-1946).

In 1949-1950, the course of radiology and radiology was headed by Assoc. Abdurasulov D.M.

In 1955, the course was transformed into a department. The first head and organizer of the department was associate professor G.S. Kuznetsov, who headed it until 1966. At the same time, assistants Dokuchaeva N.F., Ablakulova S.B. and Priev I.G. worked at the department, who successfully defended their PhD theses in 1957, 1961 and 1965, respectively.

In 1962, on the basis of the department at the clinic of the Samarkand State Medical Institute, a department of radionuclide diagnostics and radiotherapy was organized, where high-tech methods of radiation therapy and radionuclide imaging of oncological and non-oncological diseases were carried out.

In 1973 – 1975, the department was headed by Professor N.F. Dokuchaeva. In those years, the main focus of scientific research was directed to the study of combined radiation damage. Artamanov V.I., an assistant in this field, defended his PhD thesis in 1972. 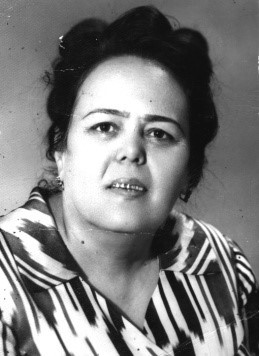 In 1975-1990, the head of the department was Associate professor Ablakulova S.B. In 1977, a course of radiation diagnostics of the FUV was organized at the department. The duties of the head of the course were performed by associate professor A.A. Ashurov. Assoc also participated in the postgraduate training of radiologists and ultrasound doctors. Akhmedov Ya.A., Candidate of Medical Sciences Rustamov U.Kh.. 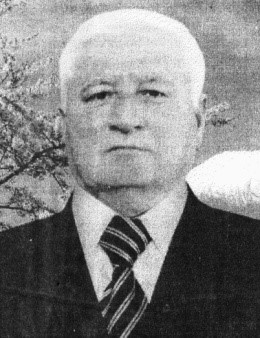 Mamadzhanov T.M. is the author of 157 scientific papers, 1 textbook, 12 teaching aids. 2 PhD theses were prepared under his supervision. He was a member of the Special Scientific Council of Oncology and Clinical Radiology for the defense of dissertations at the Republican Scientific Center of Oncology, "Excellent Health". In the last 10-15 years of active work under the leadership of Mamadzhanov T.M., various new technologies have been introduced into the educational process, such as test control of knowledge. Mamadzhanov T.M. according to the "Radiation diagnostics", an electronic visualization of the control program was prepared, which in 2005 was successfully tested by the state certification. 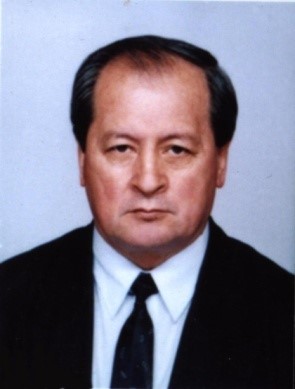 In September 2006, the head of the course of radiation diagnostics at the Academic Council of the Institute was chosen Ph.D., Associate Professor Ashurov A.A. In teaching the basics of radiation diagnostics and radiation therapy to students of the Faculty of Pediatrics, the Faculty of Medicine and the Faculty of Medical Pedagogy, together with the head of the course Ashurov A.A., qualified specialists worked - associate Professor Akhmedov Ya.A., Mardieva G.M., assistants Davronov E.O. and Fayzieva D.A.. The course staff also taught radiologists to improve their skills.

Ashurov Abdusalom Ashurovich, MD, Associate Professor, was in charge of the course in 2006-2014. He graduated from the Medical Faculty of SamMI (1972), where he studied in clinical residency at the Department of Radiology and Medical Radiology. Since 1981, he has worked as an assistant at the department. In 1993, he defended his PhD thesis on the topic "Studying the possibility of bioindication of radiation lesions based on the determination of quantitative changes in the elemental composition of blood using nuclear physical analysis methods." In 1997 he was selected for the position of associate professor of the department. In 1997-2005, he was in charge of the course of radiation diagnostics of FPC doctors. He defended his doctoral dissertation on the topic "Radiation diagnostics of morphofunctional changes in the lungs with pecilomycosis in conditions of iodine deficiency". Author of 1 monograph, over 130 scientific articles, 2 rationalization proposals and 4 methodological manuals. Clinical radiologist of the highest category. 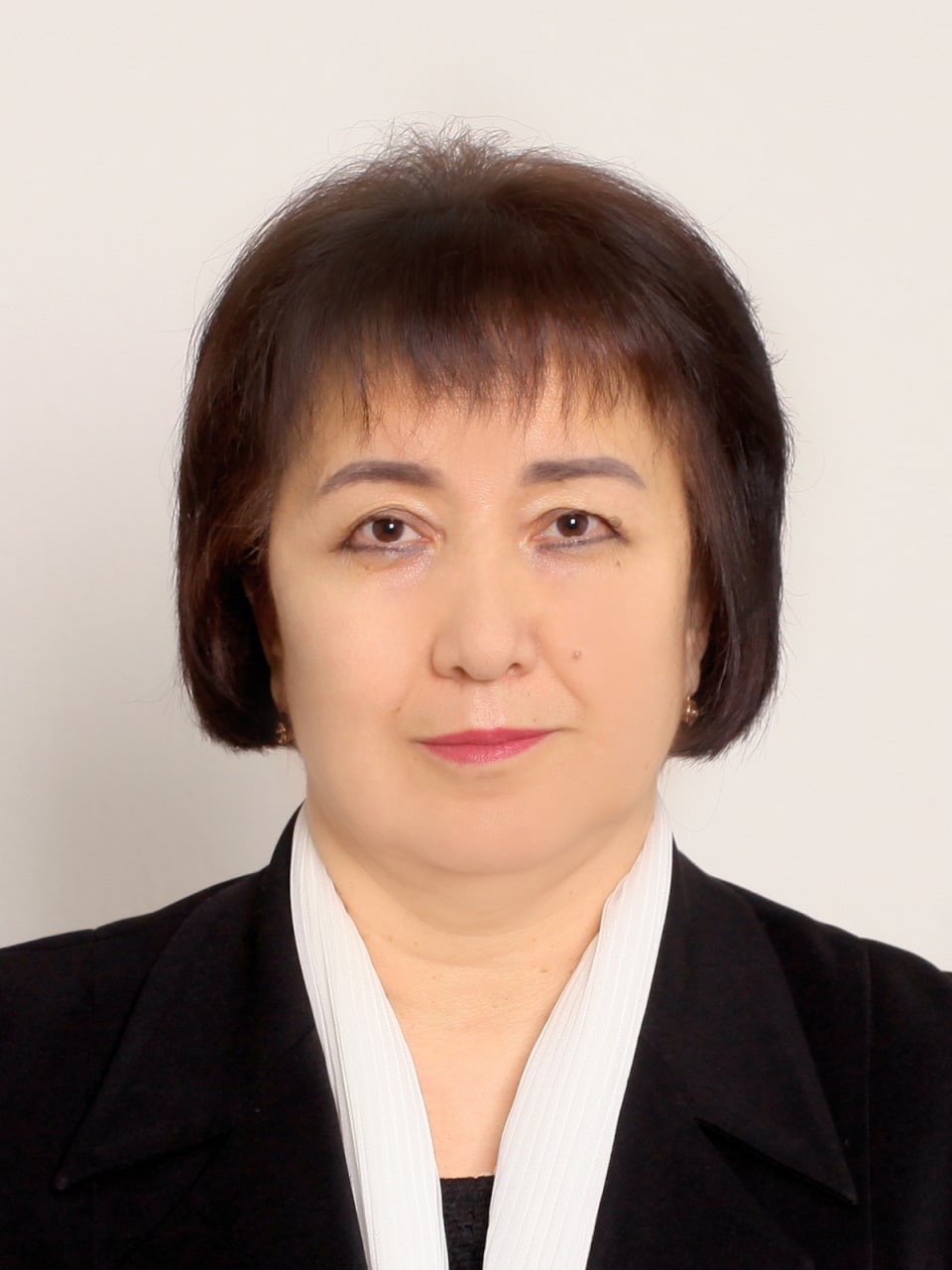 Gulshod Mamatmuradovna Mardieva, Associate Professor, Head of the course "Radiation diagnostics and therapy" from 2014 to 2022. Under the leadership of G.M. Mardieva, the course received the status of a department.

She was born on 09/20/1965 in the city of Shakhrisabz. Kashkadarya region. Uzbek. In 1988 she graduated from the pediatric faculty of the Samarkand Medical Institute. He has been working at the Department of Radiation Diagnostics and Radiation Therapy since 1998. In 1999, she specialized in the course "General radionuclide diagnostics" and "General X-ray diagnostics". She advanced her qualifications on the basis of SamMI, Tashkent Medical Academy, TASHIUV and the Medical Academy named after. Mechnikov in the city of St. Petersburg. In 2010, she successfully defended her PhD thesis on the topic "X-ray-proteinological parallels in pneumonia in newborns, depending on the degree of maturity." He has more than 100 publications in national and foreign scientific publications and conference collections. He has the highest category of a radiologist. 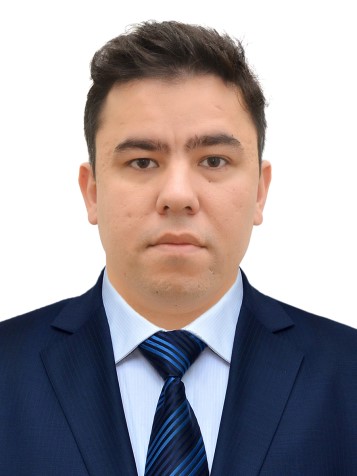 Mansurov Djalolidin Shamsidinovich, PhD, Head of the Department of Radiation Diagnostics and Therapy since 2022.

Born on 29.01.1990 in the city of Samarkand. Uzbek by nationality. Graduate of the Samarkand State Medical Institute in 2013. From 2013 to 2015, he completed a clinical residency at the R.R. Vreden Russian Research Institute in St. Petersburg, Russia. In 2019, he successfully completed postgraduate studies and defended his PhD thesis on the topic: "Justification of medical and organizational measures to improve the prognosis and prevention of local infectious complications in the surgical treatment of victims with skeletal trauma" at the I.I. Mechnikov NWSMU. In 2022, he completed a specialization in the course: "Radiology". He has more than 50 publications in scientific journals, author of 2 monographs and 6 teaching aids for students, clinical residents and residents of the magistracy.

Currently, the Department of Radiation Diagnostics and Therapy employs: 1 associate professor, 1 PhD and 15 assistants. Also, 6 residents of the master's degree in the specialty "Medical Radiology" are trained on the basis of the department.

Department of Radiation Diagnostics and Therapy