Department of Histology, Embryology and Cytology 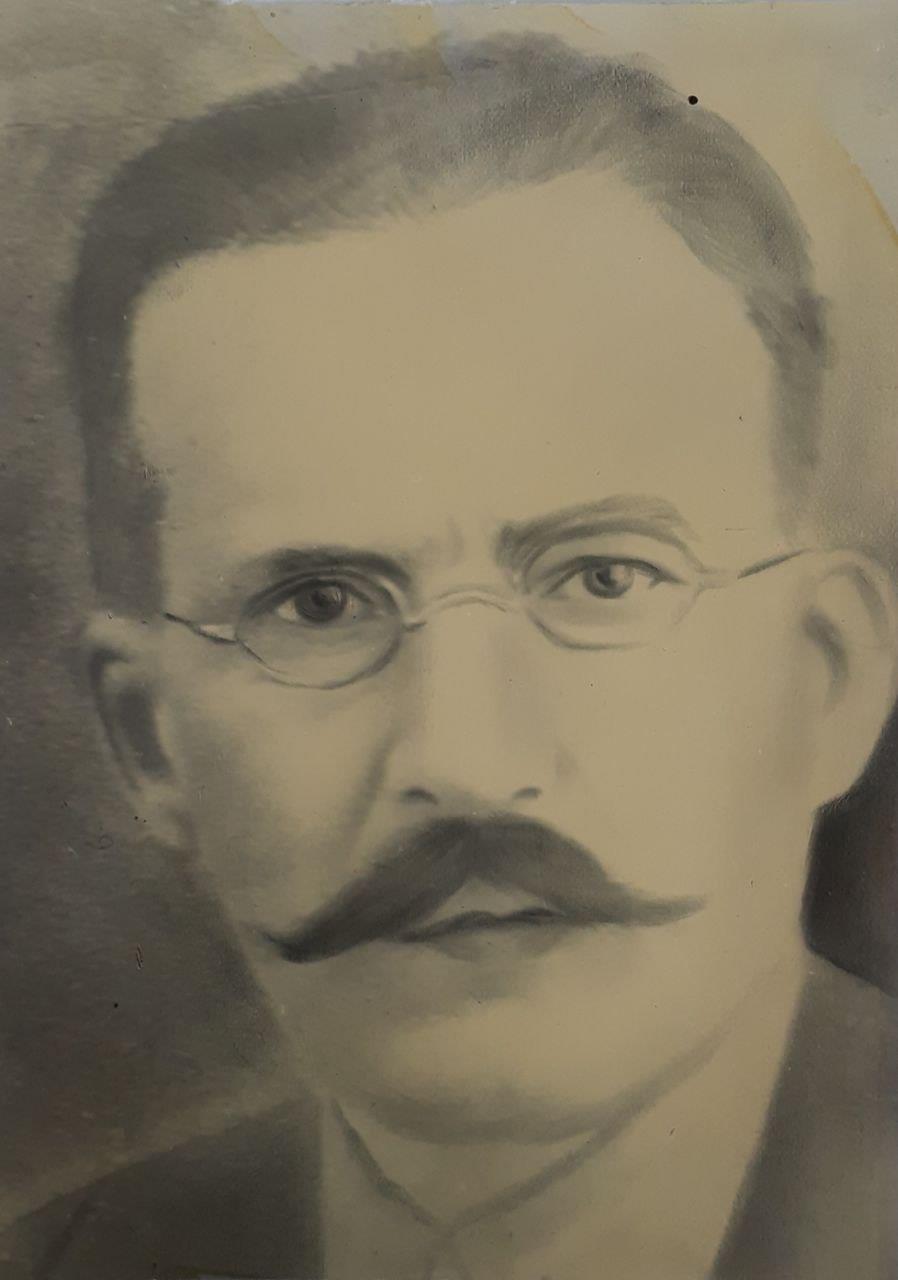 He was born on August 2, 1890 in the family of a teacher in Moscow. At first he studied at the gymnasium, and in 1909 he entered the medical faculty of Moscow State University and graduated in 1914. While still a student, he showed great interest in the specialty of histology and worked as a freelance assistant to the auditor at the department of histology under the guidance of professors I.F. Ognev, V.P. Karpov. After graduating from the university in 1914, he was drafted into the ranks of the tsarist army, and after returning from the army in 1917, he was hired as an assistant assistant at the department of histology. In 1918 he was drafted into the Red Army and served in the Orenburg and Turkestan regions until 1923. In 1920, simultaneously with military service, he was elected to the post of senior assistant at the Department of Histology of the Central Asian State University (SAGU).

Under the guidance of Professor E. M. Shlyakhtin, he worked as an assistant, and in 1927-1930 as an assistant professor. In 1930, he was appointed head of the department of histology at the Samarkand Medical Universitete and worked in this position until the end of his life (1937). The scientific direction of Professor G. M. Semenov is connected with human embryonic development, and he and his students studied the 3-, 4- and 6-week periods of human embryo development. The results of the study were reflected in 25 scientific articles and one Ph.D. thesis (Timaev G.S.). In 1930-1937, the Department of Histology was temporarily headed by Associate Professor V. I. Kopetsky. 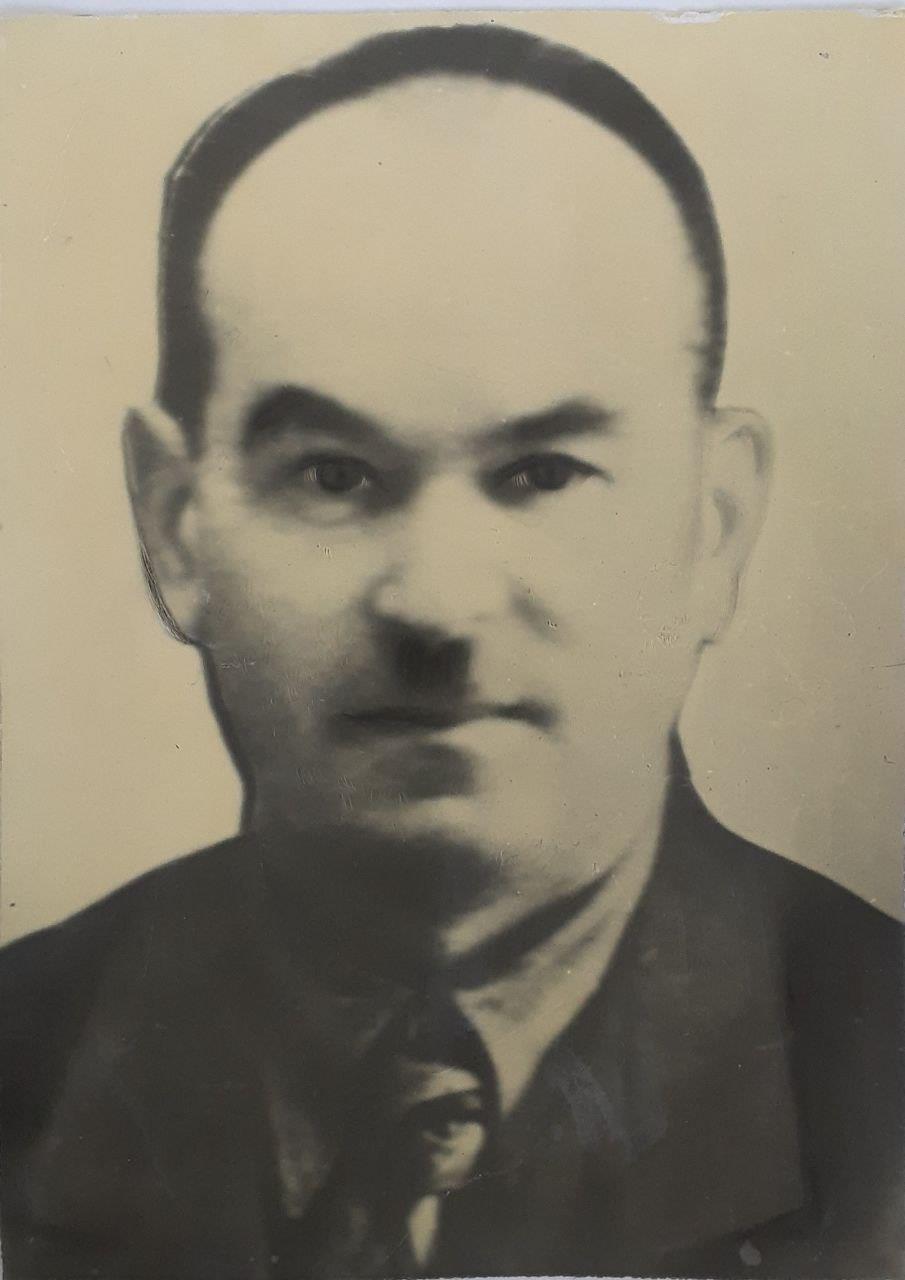 Professor, doctor of veterinary sciences, worked as the head of the histology department of the Samarkand Medical Universitete in 1938-1946. His scientific problem is devoted to the study of the action of histolysates on the human body and animals. His students in 1943 on this issue, D.A. Alimov defended his Ph.D. dissertations on the topic “On the question of the specificity of histolysates”, and G.M. In 1945, his student T.K. Goreva also defended her Ph.D. thesis on this problem. In 1946, he resigned from the Samarkand Medical Universitete in connection with his election to the post of head of the department of histology of the Odessa Medical Universitete. During the period when he headed the department, 34 scientific articles were published and 3 candidate dissertations were defended. 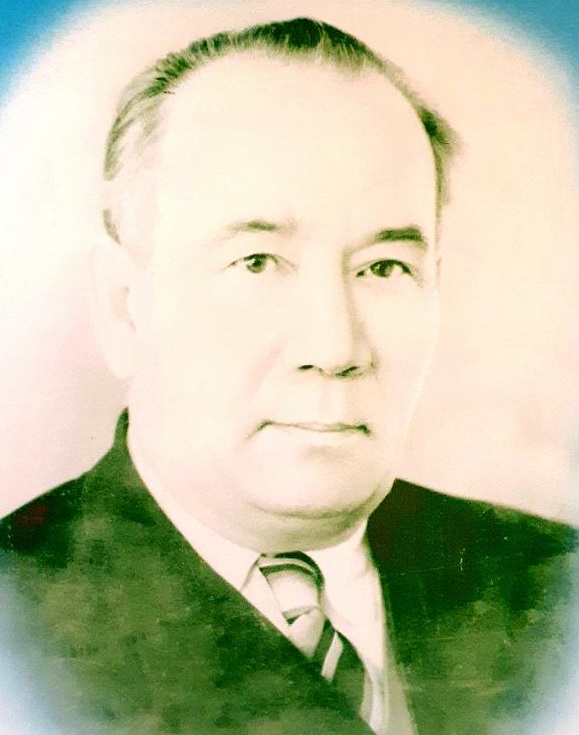 Doctor of Medical Sciences, Professor. He was born in 1901 in the city of Tashkent. In 1920-1922 he graduated from the evening faculty of working youth (rabfak). In 1922-1928 he graduated from the medical faculty of SAGU (now the People's Pharmacology of Uzbekistan). In 1928-1944 he worked at the Tashkent Medical Universitete as a rector, then an assistant (1931-1933), associate professor (1936-1939), head of the department, professor (1939-1944). worked in the field of practical medicine. In 1946, he was appointed head of the department of histology at the Samarkand Medical Universitete and headed the department until March 10, 1971. In 1933-1936, Z.Kh. Rakhmatullin studied at the Universitete of Experimental Medical Research (VIEM) of the USSR Academy of Medical Sciences and defended his Ph.D. thesis on the topic "Reactive changes in nerve fibers and endings." In 1936, he was admitted to doctoral studies and defended his doctoral dissertation under the guidance of B. I. Lavrentiev and I. F. Martynov on the topic “Materials of the pathological histology of the peripheral nervous system of typhoid fever”. Under his leadership, 4 candidates of science (L.A. Elkind, L.N. Goldberg, K.Yu. Usmanov, A.S. Sodikov) were trained at the Tashkent Medical Universitete, 1 doctor of science (L.U. Turdiev) and 5 candidates Sciences (A.T. Tillyaev, D.A. Musaeva) at the Samarkand Medical Universitete, K. A. Sharipova, M. L. Gorekhovsky, D. A. Abduraimov). He is the author of more than 60 scientific articles. Under his leadership, the Samarkand branch of the society of anatomists, histologists and embryologists was created. He was awarded the medals "Excellent Worker of Public Health of the USSR" and "For Merit in the Great Patriotic War of 1941-1945", diplomas. 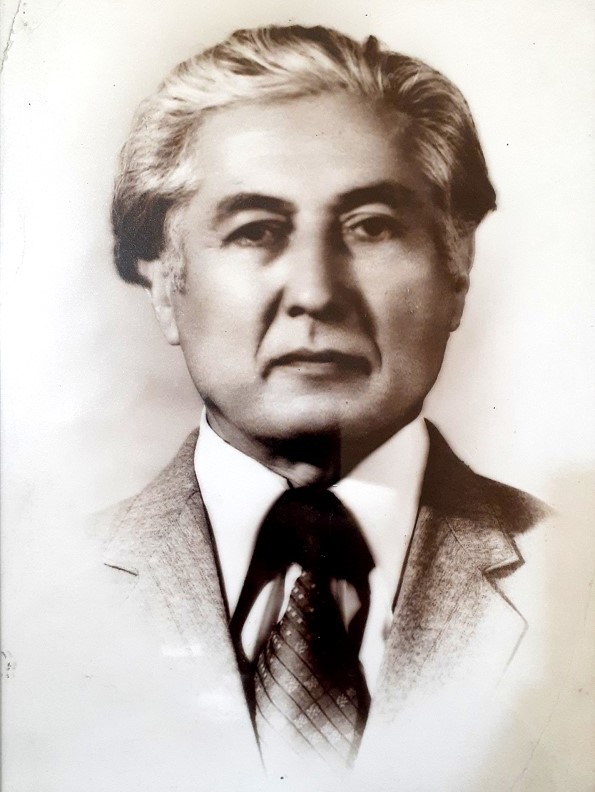 Latif Urakovich Turdiev was born in 1926 in the Navoi district of the Navoi region. In 1952 he graduated with honors from the Samarkand Medical Universitete. In 1962, under the guidance of Professor M. N. Kholkuziev, he defended his Ph.D. thesis on the topic "The sympathetic nervous system in human fetuses and embryos on the morphology of the chest." First he worked as an assistant at the Department of Human Anatomy, and then as an Associate Professor at the Department of Histology. In 1972, under the guidance of Professor Z. Kh. Rakhmatullin and former Corresponding Member of the USSR Academy of Medical Sciences N. G. Kolosov, he defended his doctoral dissertation on the topic “Morphology, sources of formation and pathology of abdominal nodes”. In 1973, he was approved as a professor and from that year to 1995 he worked as head of the department of histology. During this period, under his leadership, 2 doctoral (T.D. Dekhkanov, S.A. Blinova) and 4 candidate dissertations (T.D. Dekhkanov, B.I. Israilov, Sh.B. Shirinov, Kh.M. . Khalikova-Usmanova). He is the author of more than 150 scientific articles and 8 guidelines. Participated in the VIII, IX, X congresses of anatomists, histologists and embryologists, as well as in a number of regional and republican congresses. Rationalization of author's proposals. He was awarded the title of health worker of the Republic of Uzbekistan and a number of honorary titles. 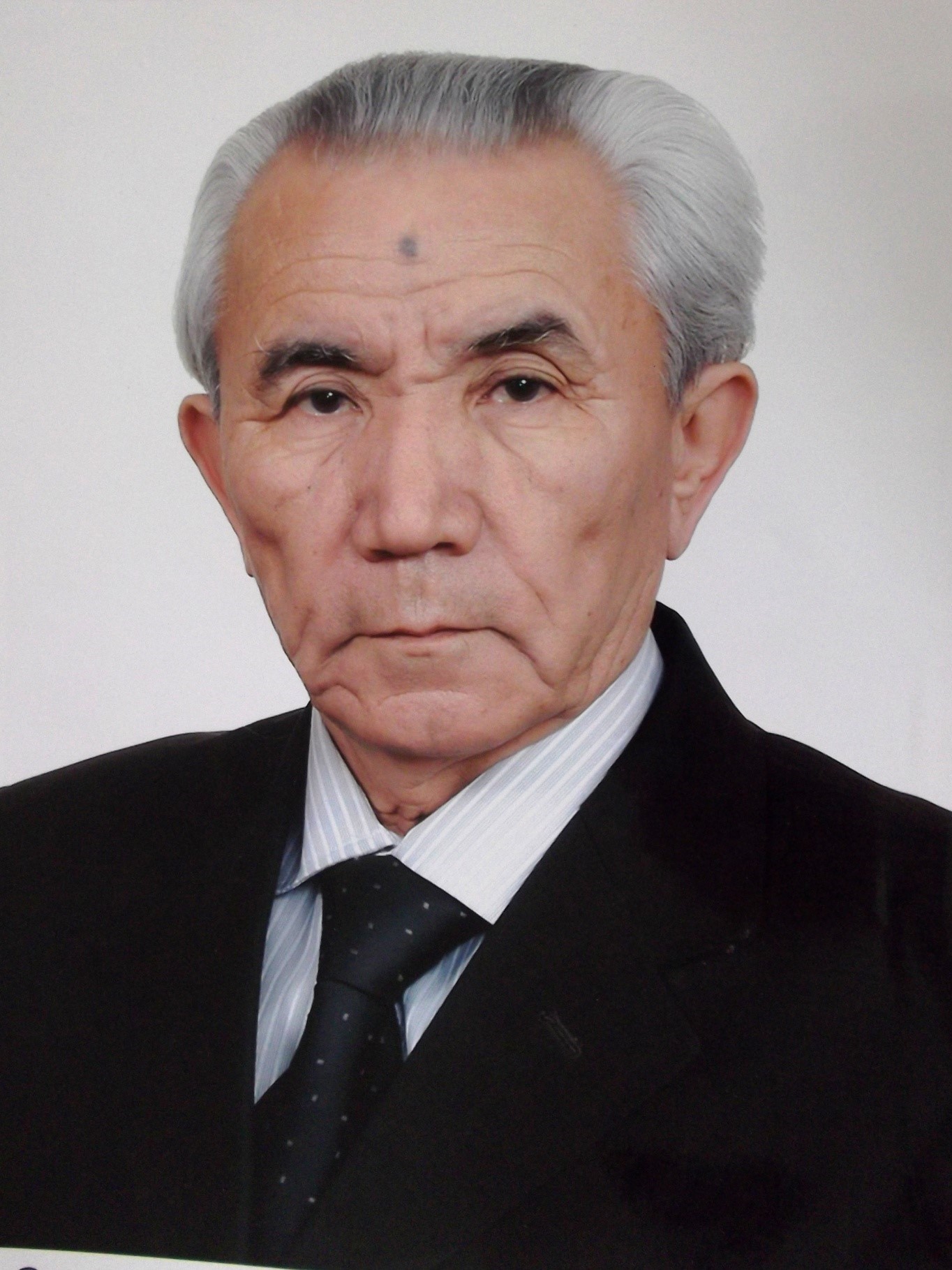 Tashpulat Dekhkanovich Dekhkanov, doctor of medical sciences, professor. He was born on March 21, 1940 in Farish district, Jizzakh region. He graduated from the Samarkand Medical Universitete in 1967 and worked in the field of practical medicine until 1968. Since October 1968 at the Department of Histology, first worked as a trainee researcher, assistant, senior lecturer, and since 1993 as a professor. From 1995 to 2012 he worked as the head of the department, and in 2012 he has been working as a professor at the department.

In 1981 he was a candidate at the Crimean Medical Universitete (Simferopol) on the topic "Internal nervous apparatus and innervation of the connection of the gallbladder and extrahepatic biliary tract", and in 1990 he was a candidate on the topic "Comparative morphology and reactive changes in the ampulla of the major duodenal papilla in mammals Animals and Humans” named after Patrice Lumumba, at PFUR (Moscow) he defended his doctoral dissertation. In 1992 he was approved as a professor in the field of histology. Under his leadership, 1 doctoral (F.S. Oripov) and 3 Ph.D. Published more than 300 scientific articles, 4 monographs, 28 guidelines. Proposals were submitted by 16 innovators, and they were approved. He developed an original teaching methodology called "Teaching students histotopographic target in practical exercises" and applied it in the educational process. A project of several programmed devices that determine students' knowledge of the test method in histology has been developed, manufactured and implemented. Currently, under his leadership, 3 candidate and 2 doctoral dissertations are being prepared. Participated in VIII, IX, X All-Union congresses of anatomists, histologists and embryologists, in I-II congresses of morphologists of Uzbekistan. He was awarded the Medal of Honor of the Presidium of the Supreme Council of the Republic of Uzbekistan and the medal "Excellence in Medical Science" of the Republic of Uzbekistan. 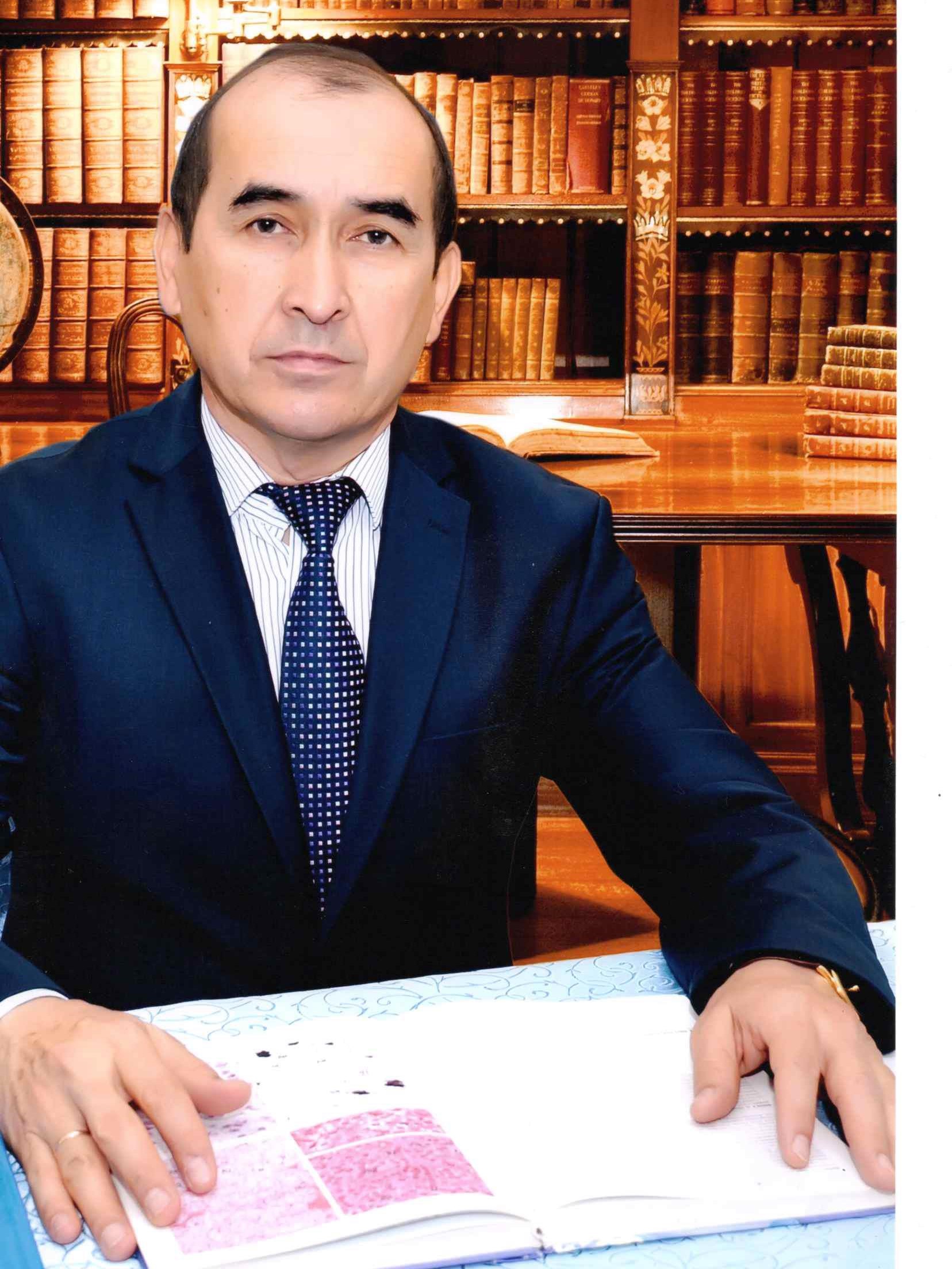 Born in 1966 in the city of Samarkand in an intelligent family. In 1988 he graduated from the Samarkand Medical Universitete. In 1988-1990 he worked as a trainee researcher at the department, in 1990-1998 as an assistant, in 1998-2002 as a senior lecturer, since 2002 as an associate professor, since 2012 as head of the department. In 1998 he defended his thesis on the topic "Structural features of the reaction of the liver and its intramural nervous apparatus in experimental calculous cholestitis" in the specialized council of the II-Tashkent State Medical Universitete (supervisor Professor T.D. Dekhkanov). F. S. Oripov conducts methodological and educational work at the department. More than 30 of his scientific articles have been published in journals and scientific collections "Morphology", "Problems of Biology and Medicine", "Ibn Sino". Participated in the 1st congress of young doctors of Uzbekistan, the 3rd congress of morphologists of Uzbekistan and other international scientific conferences. Actively participates in the work of the Universitete.

Department of Histology, Embryology and Cytology