The department was founded in 1932. The first head of the department A. V. Suschevsky (1932 - 1937) and his staff studied aspects of the age-specific topography of intestine, ileocecal angle, their development and function.

The head of the department G.N.Aleksandrov (1938-1972) was proactive in carrying out significant research work. Alexandrov (1937) worked on the architectural and nutritional features of the lower jaw in pathological conditions, as well as the evolution of the human foot and flatfoot arches (1953). He wrote monographs: "Anatomical factors of the etiology of hemorrhoids and lower porto-caval varicose veins" and "Pathogenesis and conservative treatment of hemorrhoids." There are 38 candidate and one doctoral dissertations were defended under the leadership of G.N. Aleksandrov.

In 1941-1945 he served in the Soviet Army. Academician V. N. Shevkunenko led the Department of Topographic Anatomy and Operative Surgery of the Military Medical Academy during the World War II.


In 1972-1976. assoc. Nasykin M.T. and in 1976-1993 prof. Barakov V.Ya. headed the department. V. Ya. Barakov (1976-1993) proposed a scheme for the embryonic formation of the diaphragm. In 1977 the monograph "Diaphragm Plastics and Organogenesis in Abdominal Surgery" was published under the editorship of Barakov.

In 1993-1995, associate professor K.A. Azamov joined the department. A textbook "Practical application of topographic anatomy" was prepared and published. 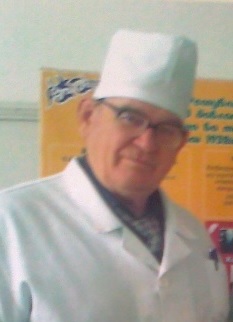 From 2021 so far the head of the department is Doctor of Science Mamaradzhabov S.E. Mamaradzhabov S.E. was born on October 18, 1972 in the Bulungur district of the Samarkand region. In 1989-1995 he was a student at the medical faculty of SamSMI, in 1995-1997 he was a clinical coordinator of the Department of Surgery of the “VMOF” SamSMI, in 1997-2000 he was a postgraduate student at the Department of general, faculty and hospital surgery of SamSMI, in 2000 he defended his PhD. In 2000-2013 was an assistant of the Department of Faculty and Hospital Surgery SamSMI. In 2008-2009 - Nagoya University Faculty of Medicine, Master of Health Administration. 2013-2020 Doctor on duty at the surgical department of the Multidisciplinary Clinic of the Tashkent Medical Academy, Head of the Department of Operative Surgery and Topographic Anatomy of the SamSMI. Reached a degree of DSc in 2022.