Department of Public Hygiene and Ecology

Samarkand State Medical Institute is the oldest medical university in Central Asia and over its 90-year history has trained highly qualified medical personnel to ensure and protect public health for higher and secondary educational institutions and medical institutions.

In 1938, Candidate of Medical Sciences A.T. Shevchenko first served as an assistant, and from March 1941 became an assistant professor.

In the years after the end of the Great Patriotic War and during the period of the former Soviet Union, research was carried out in this direction to improve and prevent general hygiene, food hygiene, occupational hygiene, communal hygiene and the provision of clean drinking water. population. environmental pollution and other areas, training of highly qualified medical personnel was carried out.

After 1950, the Department of General Hygiene of the Samarkand State Medical Institute was headed by a number of scientist-professors. In particular: in 1950-1975, Associate Professor A.T. Shevchenko, in 1975-1983, Associate Professor L.V. Makeeva, in 1983-1990, Professor V.I. Krivoruchko.

From 1993 to 1995, the head of the department was Candidate of Medical Sciences, Associate Professor G.K.

During this period, the head of the department was associate professor Yu.Kh.Kushmuradov. In order to strengthen the material and technical base of the institute, improve the quality and efficiency of the educational process, create comfortable working conditions for students, college teachers, the department building and all classrooms, a major overhaul was carried out in the capital. All classrooms and lecture halls are equipped with the necessary equipment and teaching materials.

From 2013 to August 2020 - Associate Professor of the Department of Health, Health Organization, General Hygiene and Ecology Z.Z. Aminov.

In the 2020-2021 academic year, the Faculty of Medical Prevention, Public Health and Medical Biology and the Department of General Hygiene and Ecology of the Samarkand Medical Institute were established. organization, general hygiene and ecology.

Since September 2020, the head of the department is Doctor of Medical Sciences, Associate Professor B.E. Tukhtarov is the dean of the Faculty of Medical Prevention, Public Health and Medical Biology. 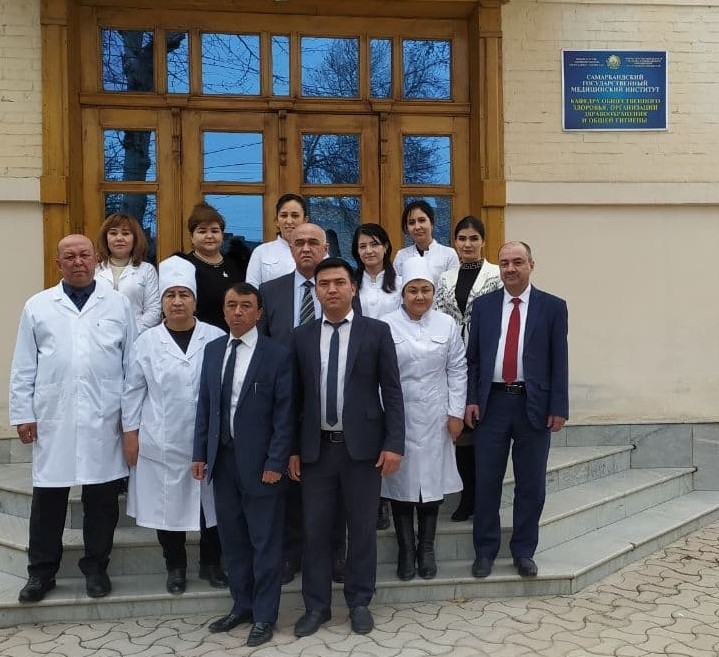 Department of Public Hygiene and Ecology